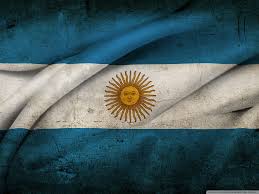 Why Argentina Consistently,and Unapologetically, Refuses to Pay Its Debts

Argentina’s fight with foreign banks and bondholders is more than just business. It’s part of the national psyche, enshrined in a special museum at the business school at the University of Buenos Aires. The Museum of Foreign Debt is nothing fancy. There are a few flimsy panels plastered with grainy photos, dates, text, and graphs

Oh, but the saga portrayed on those panels! Banks, bond investors, and the International Monetary Fund flood crooked regimes with overpriced credit. The Argentine economy collapses, and the people suffer. International markets are roiled. It happens time and time again. The story has all the emotions of a good tango.

Argentina has reneged on foreign debt obligations at least seven times, starting in 1827. The latest was in July 2014, when Argentina defaulted rather than give in to pressure from Paul Singer of Elliott Management. The fight with Singer has been going on for a dozen years, and the term vulture investor—rather esoteric in much of the world—is now pretty much universally known in Argentina. It’s so much on people’s minds that Buenos Aires toy stores carry a homegrown board game called Vultures, packaged in a box depicting a pair of the birds picking at a pile of dollars. “We planted the anti-vulture flag in the world,” President Cristina Fernández de Kirchner said in a speech in mid-May. “We gave a name to international usury and despotism.”

One May morning at the debt museum, guide Antonella Fagnano, a 21-year-old business major, describes Argentines’ attitude toward default. She pauses by a black-and-white photo of the late General Jorge Videla, who led a 1976 coup that ushered in a seven-year dictatorship. Successive presidents in that period loaded up on foreign debt to finance, among other things, the 1982 Falklands War with the U.K.

Today’s Argentina, Fagnano says, has no moral obligation to make good on debts like those. In fact, it would be wrong to pay. “Foreigners financed a lot of leaders, like these dictators. They didn’t do what they were supposed to do with the money, and left future generations the debt,” she says, shaking her head. “So, of course, you cannot allow that.”

Fernandez is nearing the end of her term, and it doesn't look like things will change under the next president. Daniel Scioli, the front-runner for October elections, vows to carry on the fight against paying the vultures in full. 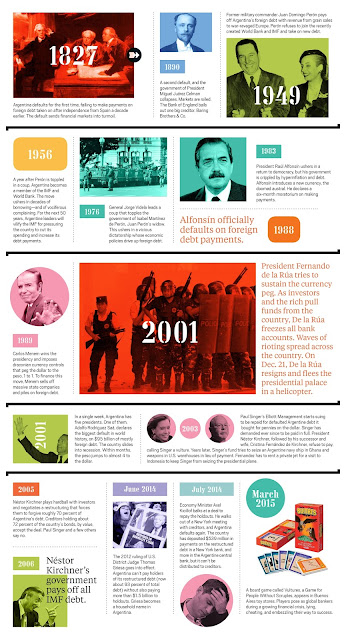