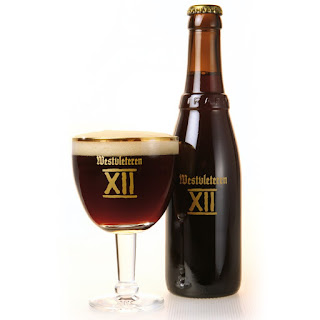 Frank Swigonski
Beer enthusiasts will remember that a few years ago the United States became home to the first Trappist brewery located outside of Europe. St. Joseph’s Abbey in Massachusetts, about an hour outside of Boston, began operating the Spencer Brewery in 2013. And next month, just in time for the holiday season, the brewery will be releasing a new beer: Spencer Trappist Holiday Ale. To help you enjoy this special beer, here’s a brief history of Trappist brewing and some background on St. Joseph’s Abbey and the Spencer Brewery.
“Trappist” doesn’t denote a style of beer or a type of brewery, but rather is an appellation — a legal designation similar to a trademark that indicates a product is made under the direct supervision of monks on monastic property. The Trappist designation isn’t just limited to beer. Trappist monks sell everything from soap to ceramics under the Trappist appellation. Monks at St. Joseph’s Abbey, for example, made jelly prior to getting into the beer business a few years ago.
The artisanship protected by the Trappist appellation is directly related to the daily life of the Trappist monks and the financial success of the Trappist monastery. Trappist monks belong to a special order of Roman Catholic monks, the Cistercians of the Strict Observance. In addition to the standard Catholic vows of poverty, chastity, and obedience, these monks also live by the rules of St. Benedict, of which there are 73 separate chapters.
The daily life of the Trappist monks can be summed up by the motto “ora et labora” or “work and prayer.” They pray 7 times a day and engage in daily labor, the fruits of which are used to support the monastery.
Those Trappist monasteries that brew beer use the proceeds from the beer’s sale to cover the operating costs of the monastery, take care of the monks, and support different charities. These costs can be substantial in a monastery with a growing population of elder monks. St. Joseph’s Abbey, for example, houses 63 monks with an average age of 70. Health care costs make up a third of the monastery’s expenses. “The health costs are huge,” the Abbey’s ranking number 2, Father Dominic Whedbee, told the Huffington Post. “Our infirmary is staffed 24 hours a day, seven days a week. That way we can take care of all our men for the rest of their lives, which is our commitment.”
Given the remarkable growth in demand for a variety of new and innovative beers in the United States, it’s no surprise that St. Joseph’s Abbey would turn to beer-making to help support itself and its members. Indeed, it isn’t the only monastery to recently turn to commercial brewing. The number of monastic breweries holding the Trappist appellation for beer has increased from seven to 11 in the last five years. Starting a brewery can be a smart long-term investment for a Trappist monastery. Other Trappist monasteries are raking in an excess of $50 million per year — all of which goes to support the monastery and associated charities — from the sale of beer and other products, such as cheese.
The monks at St. Joseph’s certainly have a long tradition of brewing to draw on. There are Trappist breweries in Europe that were founded before the first settlers landed in Jamestown. Widespread commercial production and refinement of the current styles offered by Trappist breweries didn’t really begin until the 19th and 20th centuries. But these monks have been brewing beer for hundreds of years. Luckily for the monks at St. Joseph’s, Trappist brewers also have a long history of helping out their fellow monks. The monks at St. Joseph’s toured the brewery at Notre-Dame de Scourmount, which produces Chimay. Not wanting the new brewery to damage the Trappist brand, European Trappist brewers helped the brothers at St. Joseph’s develop a good recipe for their beer.
One can imagine no better teacher for the art of brewing than a Trappist brewmaster. It just so happens that if you devote your entire life to only work and prayer (and your work is brewing beer), you end up making some pretty damn good beer. The beers produced at Trappist monasteries are nothing less than world class. The highly sought-after and impossible to pronounce (or procure) Westvleteren XII consistently ranks in the top ten on BeerAdvocate and as the best beer on RateBeer. And it receives accolades by beer reviewers from Randy Mosher to Garrett Oliver. The Chimay Red and Westmalle Tripel are archetypes of the abbey style. And Orval is as unique stylistically as the bowling pin-shaped bottle it comes in.
Postado por Pedro Erik Carneiro às 05:32