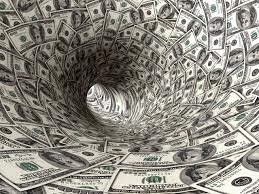 Mr. Greenspan’s comments to the Council on Foreign Relations came as Fed officials were meeting in Washington, D.C., and expected to announce within hours an end to the bond purchases.

He said the bond-buying program was ultimately a mixed bag. He said that the purchases of Treasury and mortgage-backed securities did help lift asset prices and lower borrowing costs. But it didn’t do much for the real economy.

“Effective demand is dead in the water” and the effort to boost it via bond buying “has not worked,” said Mr. Greenspan. Boosting asset prices, however, has been “a terrific success.”

He observed that history shows central banks can only prick bubbles at great economic cost. “It’s only by bringing the economy down can you burst the bubble,” and that was a step he wasn't willing to take while helming the Fed, he said.

The question of when officials should begin raising interest rates is “one of those questions I cannot answer,” Mr. Greenspan said.

He also said, “I don’t think it’s possible” for the Fed to end its easy-money policies in a trouble-free manner....

"Recent episodes in which Fed officials hinted at a shift toward higher interest rates have unleashed significant volatility in markets, so there is no reason to suspect that the actual process of boosting rates would be any different, Mr. Greenspan said.

“I think that real pressure is going to occur not by the initiation by the Federal Reserve, but by the markets themselves,” Mr. Greenspan he said.

Mr. Greenspan said gold is a good place to put money these days given its value as a currency outside of the policies conducted by governments.