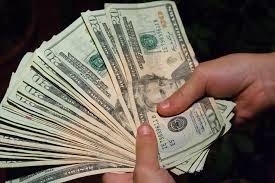 Money Makes You Less Sad, But Not More Happy


For a long time, researchers have been trying to untangle the relationship between money and happiness, and there's mounting evidence that things are significantly more complicated than the reasonable-sounding proposition that more money makes you more happy. Now, in a recently released paper in Social Psychology & Personality Science, a team led by Kostadin Kushlev of the University of British Columbia has added yet more nuance to this debate: Their work suggests that, all else being equal, greater income does reduce unhappiness but doesn't increase happiness.
If this sounds confusing or contradictory, that's because of a common misunderstanding about the relationship between happiness and sadness, which is less straightforward than many people think. As Kushlev and her co-authors explain, "happiness and sadness are not diametric opposites of each other." Yes, they're related — it would be hard to be ecstatic and devastated at the same time — but there's evidence that they operate independently in certain important ways. This has obvious implications for the relationship between money and happiness. "In short," they write, "because happiness is not simply the absence of sadness, or vice versa, income may have a different relationship to each of those emotions."
The researchers found that even after things like individuals' stress levels and demographic characteristics were controlled for, wealthier people felt less sad — but there was no connection between income and happiness. But why should the relationships between income and (un)happiness look this way? The researchers have some ideas:To gain a better handle on all this, the researchers analyzed happiness data from 12,291 people who took a 2010 Census survey. The survey in question used a version of the Day Reconstruction Method, which, as the name suggests, involves asking respondents to recount their day in a detailed manner — it's seen as one of the better ways to approach the difficult task of measuring happiness.
Part of the answer may lie in how wealth shapes people’s appraisals of the negative events in their lives. Specifically, to the extent that having more money provides more options for dealing with adversity, wealthier people may feel a greater sense of control than poorer people when difficult situations arise. Coming home to discover a leak in the roof, for example, may be an annoying, but easily resolved stressor for a well-off individual; in contrast, someone who could not afford to have the problem fixed right away might be plagued by this problem for months. The greater difficulty in dealing with such misfortunes may make poor people feel a lack of control over the vicissitudes of life, with greater consequences for sadness than for happiness.
Postado por Pedro Erik Carneiro às 11:37