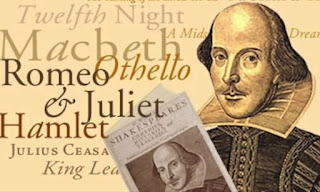 Students at the University of Pennsylvania removed a portrait of Shakespeare from a prominent location in the school’s English department after complaining that he did not represent a diverse range of writers.
In fact, the chair of the department confirmed in a statement that the portrait was stripped from the wall by his students as “a way of affirming their commitment to a more inclusive mission for the English department,” The Daily Pennsylvanian reports.
Removing Shakespeare's portrait was “a way of affirming their commitment to a more inclusive mission.”    Tweet This
[RELATED: Princeton president agrees to scrub references to Woodrow Wilson]
Additionally, Department Chair Jed Esty explained that the portrait was “delivered” to his office and replaced with a photograph of Audre Lorde, a celebrated African American feminist and author, in a move that was in intended to send a message to Esty, whose department agreed to replace the portrait several years ago.
Esty went on to confirm that the portrait of Lorde will remain in Shakespeare’s place until he and his colleagues can reach an agreement on what to do next, announcing the establishment of a “working group” to help monitor the process.
[RELATED: Yale works toward Calhoun-less Calhoun College]
According to a statement released by the school’s English department, the working group will help “declare and defend [its] departmental mission in the current political climate,” with Esty noting that the group will “initiate an open and collaborative conversation among students, faculty, and employees in English to come up with ideas for that public space.”
Notably, the school’s “Code of Student Conduct” explicitly prohibits students from “stealing, damaging, defacing, or misusing the property or facilities of the university or of others.”
Campus Reform reached out to the school for a comment on the matter, but did not receive a response in time for publication.
Postado por Pedro Erik Carneiro às 09:51