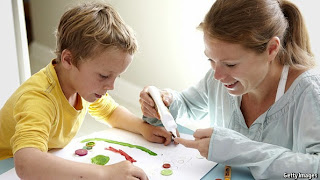 Working Vs. Staying At Home: The Decisions American Women Face

by Susanna Spencer
There was an outrage on Facebook last Saturday about President Obama’s statement about stay at home parents:

“Sometimes, someone, usually mom, leaves the workplace to stay home with the kids, which then leaves her earning a lower wage for the rest of her life as a result. And that’s not a choice we want Americans to make.”