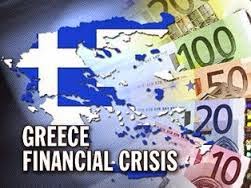 To save itself, Greece must exit the euro.

Of all the instabilities that concern international investors – from the plunging oil price to the collapsing rouble and the slowing Chinese economy, now fast transmogrifying into a systemic emerging market crisis – Greece is the one that bothers them least.
If you happen to be Greek, or are long of Greek bonds, the latest turn of events obviously matters a lot, but to the great bulk of the outside world it seems a contained and largely irrelevant problem, quite unlike the Greek meltdown of 2011/12 which brought the entire Eurozone close to collapse. It's yesterday's story, now eclipsed by the greater threat of mass retrenchment in emerging markets weighed low by excessive dollar debt.
Things have moved on quite a bit since back then, or at least, that’s what eurozone leaders have convinced themselves of; the banking system is stronger, and mechanisms are in place to prevent wider contagion from a Greek default or exit, including, crucially, the bond buying backstop of the European Central Bank.
Perversely, some would actually welcome such a development, which they think would act as a warning to others, re-energising reform programmes that have become badly stalled, and galvanising the ECB into putting aside its divisions, and embarking on full scale quantitative easing.
It’s an almost convincing, script, but also an unduly sanguine one which massively underestimates the capacity of events to spiral out of control. Once a chain reaction has started, it’s hard to stop. For an inherently unstable and inter-connected construct such as the single currency, it may be close to impossible, even with the weight of the ECB behind the endeavour. The political nature of Greece’s renewed crisis makes it all the more unpredictable.
The bottom line is that Greece, and a number of other eurozone nations, do indeed urgently need to leave the euro - but not in the politically chaotic fashion that would occur in the event of a Syriza election victory. To be forced out on the back of unilateral default would be a deeply destructive outcome.
We are not, of course, yet at that stage, and my sense is that it probably won’t come to that. If an election is triggered, Syriza’s current poll lead will likely melt away once Greeks come to look down the barrel of the awaiting gun and think about the consequences of pulling the trigger.
But say Alexis Tsipras, Syriza’s leader, does emerge victorious, what then? There is hardly any chance of the rest of the Eurozone agreeing another debt restructuring, and no chance at all if Syriza is serious about the rest of its agenda, including reversing wage and pension cuts, structural reforms and so on.
Mr Tsipras, nevertheless, seems to think he can get his way simply by threatening to blow up the euro anew. It worked before, so it can work again, he figures. He’s wrong. If the rest of the Eurozone thinks it is sufficiently prepared to withstand a Greek default without significant mishap, then his bluff will be called. Mr Tsipras must then do his worst or be exposed as a man of straw.
In the first instance after repudiating debts, the ECB would refuse to renew liquidity support to the Greek banking system, worth around €40bn as things stand, or a sum equivalent to 20pc of the Greek GDP. This would soon cause another collapse in output, and necessitate swift withdrawal from the euro so as to allow the Greek central bank to crank up the printing press to fill the funding gap and pay the government’s bills.
The new currency would plummet, inflation would climb, and pretty soon Greeks would be experiencing something close to the full scale economic wipe-out described in Adam Fergusson’s terrifying book about the hyper-inflation of Weimar Germany – “When Money Dies”.
Mr Tsipras thinks he can default and stay in the euro, that he can, to put it another way, both repudiate his debts and maintain the value of his assets. Unfortunately, it doesn’t work that way. The two things move together.
None of this is to argue that Mr Tsipras is wrong to seek a further debt restructuring. There is no chance whatsoever of Greece, or for that matter several other periphery Eurozone economies, repaying their debts. For Greece, this would be the same with or without Mr Tsipras’s unhinged political agenda. Only the creditor nations of the north refuse to acknowledge this reality. The current set-up is completely unsustainable.
New research by the credit rating agency Standard & Poor’s lends strong support to this contention. Despite five years of crisis induced macro-economic adjustment and recalibration, debt imbalances within the Eurozone have actually got worse, not better. S&P estimate that Spain, Italy, Greece, and Portugal - the eurozone’s top-four external debtor nations - will owe a total of €1.85 trillion to non-residents by the end of 2014, compared with €875 billion a decade earlier. Aggregate current account deficits have been substantially closed, but within the Eurozone, they persist at relatively high levels, causing inter-indebtedness to continue climbing.

In any case, the euro seems to offer these countries no credible way out of the mess they are in. When Greece and other developing nations were fast tracked into what was then the European Economic Community, it was essentially for political and strategic reasons, to foster democracy, non aggression, European integration, and liberal values. These were noble ambitions. The great irony is that with the advent of the euro, they have been turned on their heads. The EU is today having the opposite effect. Instability and fragmentation have replaced consensus and cooperation.
The challenge for Europe’s leaders is to recognise their mistakes, stop treating the euro as some kind of god given symbol of progress and modernity, and begin the process of reintroducing free floating exchange rates to the parts of the eurozone that need them. By correcting imbalances in trade, debt and competiveness, exchange rate movment provides a natural market mechanism for what the politicians seem incapable of achieving through negotiation and public policy. Currency adjustment also automatically delivers any necessary haircut to creditors.
What’s required is the emergence of sensible, centrist politicians prepared to articulate these realities, what Keynes called a period of “ruthless truth telling”. Now virtually returned to current account surplus, and with the primary budget back in balance, Greece is again quite capable of financing itself internally. Done properly, and with IMF support, Greece’s exit from the euro needn’t be the chaotic disaster Mr Tsipras's election threatens, but a new beginning for an economy driven to the edge by Europe’s folie de grandeur.
Is this a realistic possibility? No time soon, I am sorry to say.
Postado por Pedro Erik Carneiro às 07:33