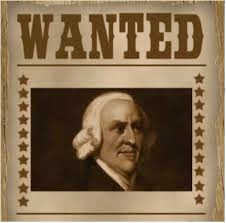 Has Smith's Capitalism Ever Been Tried?


There is, in the vast realm of people calling themselves capitalists, a very peculiar group. While, like all capitalists, they claim that capitalism is responsible for every material advancement and new technology since they days of Adam Smith, they simultaneously claim that every economic problem that has occurred is not the result of capitalism. These are the true believers in Smith's "invisible hand," the individual self interest that will inevitably (and unintentionally) guide the overall market in a way that is best for all. They invariably blame every economic problem on government meddling. It is government meddling that causes Smith's invisible hand to veer off course. When confronted with any economic problem that has occurred, they counter that the government was meddling in the economy. They claim that capitalism cannot be blamed because the fact that the government was meddling proves that capitalism wasn't being used. If that is the case, if the existence of government meddling in things related to the economy means that capitalism is not being used, has Smith's capitalism ever actually been tried?

Adam Smith's pivotal work, An Inquiry into the Nature and Causes of the Wealth of Nations, was published in 1776. In it is outlined what is generally accepted as the classical form of capitalism. While I acknowledge different forms of capitalism, for the purpose of this article, we will use the term "capitalism" as synonymous with Smith's version. For today's followers of Smith, the government's only economic role is to protect private property through things like copyrights and patents, and to prosecute things like fraud and theft. Anything beyond these types of things means that capitalism isn't actually being used. For them, anything they consider government meddling in the economy negates capitalism, and Keynesian policies are considered socialist. Let's set aside the fact that Keynes' goal was to save capitalism, and accept their assertion for the moment. Assuming the validity of their claim that any government meddling beyond the above limits negates the presence of capitalism, let's stroll back through the last two centuries to see when Smith's economic theories were actually being used.

Since most economies throughout Europe and the U.S. had adopted Keynesianism by the mid 1900s, the followers of Smith would have to admit that, according to their views, capitalism has not been used for the majority of the 20th Century up to the present day. In fact, as the years have gone by, governments have expanded their Keynesian policies even beyond what Keynes probably envisioned. How can we not conclude that we have been moving steadily further from anything resembling Smith's views on the role of government in economics. This conclusion is confirmed by comments that we have abandoned capitalism. Some followers of Smith state outright that we do not live in a capitalist society today, and have not for some time.

Since most economies throughout Europe and the U.S. had adopted
Government "meddling" in economics goes beyond Keynesian redistribution. Capitalists blame government lending rules for theeconomic crisis that started in 2008. I frequently hear complaints from capitalists about other regulations that impact economic decisions. Environmental standards is a current example where many of them claim that government is going beyond its limits and preventing capitalism from working. Some of them seem to waver a little when it comes to safety standards, but isn't it in the self-interest of producers to produce safe products? Isn't there a demand for safe products created by the self-interest of the buyers? It seems that Smith's theories would make even government safety standards unnecessary for a true market economy, meaning that their existence is a form of meddling in the market economy. The early 1900s saw the first farm legislation and meat inspection requirements at the federal level. Some states had been passing agricultural legislation before that, and George Washington had argued in favor of agricultural regulations during his presidency. The U.S. and Europe had dairy regulations going back as far back as the 1870s. Since that time, government meddling in agriculture has moved well beyond safety standards into direct market manipulation through crop limits and agricultural subsidies

In the realm of technology, the invention of the automobile is widely acknowledged as one of the most pivotal developments for the advancement of economic society as well as of society as a whole. However, the horse buggy industry, fearing its new rival, caused state legislation to be passed to impair the development and adoption of the automobile. There was one state where the law required that, upon reaching any intersection, the driver of an automobile was not only required to stop, but to turn off the engine, get out of the vehicle and walk up to the intersection to look both ways down the cross road, and even fire a gun to warn anyone who was out of visual range that an automobile was at the intersection. Only then could he start the engine and drive through the intersection. Even if Smith's followers were to allow for government safety regulations, these examples of extensive government meddling in economic matters show that capitalism has not been used since the late 19th Century.

Adam Smith opposed tariffs. The first United States tariff for the explicit purpose of protecting U.S. manufactured goods from foreign competition was enacted in 1816. However, it is generally acknowledged that the Tariff of 1789 - the year the U.S. Constitution was ratified - was not only to protect domestic industries from foreign competition, but was an economic retaliation to the tariffs Great Britain...

Smith was one capitalist among many in his day, but even then he was hailed as the pivotal character defining capitalism. Despite the praise his theories received, most of the countries we regard as capitalist in that time had economic policies more akin to the proposals of James Steuart. Smith spoke of the "invisible hand," which is the collective impact of everyone acting for their own self interest, but the economists of his day complained that the people weren't willing to work where the economists wanted. Steuart proposed laws to compel the peasants of his day to work in the factories and mills by restricting their ability to be self-sufficient, and such laws were frequently passed.

You see, the common peasant of the time was, for the most part, content with his lot. He enjoyed a sufficient amount of personal freedom. He was able to provide for the needs of his family. He was granted, by law, many days off of work for local and religious holidays. The peasants of Ireland enjoyed nearly 170 days off every year, and the peasants of other countries enjoyed nearly as many. This leisure time, used for religious observances, celebrations and fun, was characterized as "indolence" and "sloth" by the capitalists of Smith's day. Some were proposing that workers should only have one day off per week (52 days a year) while others proposed that they would only have one day off in ten (36 days a year). It isn't hard to imagine why the average peasant worker in Smith's day didn't find the prospect of working in the factories as enticing as the owners wished or the capitalists seemed to assume they would. It was in the best interests of the factory owners that the peasants work for them, but the peasants believed it was in their own best interest to remain as they were. Factories and mills were being built, but the peasants didn't flock to work in them. If Smith's invisible hand had been allowed to follow its natural course, those factories would have simply failed. Instead, laws were passed to prohibit certain home industries that had traditionally existed. If your cottage industry conflicted with the interests of the factories and mills, it was targeted and made illegal. Even in Smith's day, the owners of large capital manipulated the power of government to give the invisible hand a helping hand in their favor.

The modern day proponents of Smith's capitalism are quick to criticize distributists as advancing a mere theory, an economic system that has never been tried and simply won't work in the "real world." While going back to the societal structure of the time is not necessary for distributism, many aspects of economic society during the High Middle Ages were essentially distributist in nature. It was a time of technical and political innovation and personal advancement. It was a time of overall economic stability. In the 13th Century, peasants enjoyed 76 days off each year for religious and local celebrations. Special events like weddings, fairs and tournaments were also typically days off. They also got an additional half day off the day before each holy day. It was a society was essentially distributist that first established the university, the idea that the role of government has natural limits, and the idea that the common citizen could advance himself from a serf to a free person (peasant) who could own his own land. Therefore, what distributists propose are not untried and fanciful theories that won't work, but actual tried and proven economic policies that, with certain accommodations for modern society and technology, can also work today.

...Capitalism is presented as the greatest economic development in the history of mankind, directly responsible for the material enrichment and technological development that has occurred in the 238 years since "Wealth of Nations" was published. However, we have seen that there hasn't been any time since Smith himself where his theories have actually been implemented. What we have known as "capitalism" has never existed without government support and "meddling" in economic matters well beyond the limits of Smith's theory. It may be true that government meddling decreased in certain ways as a result of Smith, but there was always a significant level of government meddling in the economy.

The period commonly called Laissez Faire might have come closer to Smith's idea than any other, but, even in that time, there was enough government meddling that some of Smith's followers argue the period wasn't truly capitalism and even cannot be accurately called Laissez Faire. Ought we accept the claims of Smith's followers that his theories have resulted in material advancement and technological development when, according to the standards of these same followers, Smith's theories were not actually in effect?
Has Smith's capitalism ever been tried?
The answer appears to be no