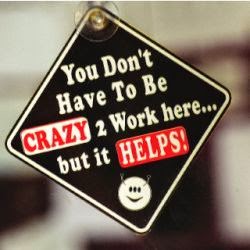 By Mark Buchanan
What if I told you that jumping off a cliff is entirely safe, except for gravity? Would you find my prediction insightful or useful? Strange as it may seem, this is precisely the kind of logic that underpins many of the models that economists build to help them understand the world -- and even to make policy recommendations on things such as financial regulation and inequality.
It's a serious flaw to which Stanford University finance professor Paul Pfleiderer has been trying to attract attention. As he argues in a recent paper, theorists make some pretty absurd assumptions to arrive at results or implications that are, in turn, relevant to policy. All too often, people -- including people involved in real policy matters -- ignore those assumptions and end up believing ridiculous things. After all, they've been demonstrated in an economic model.
As a spectacular example, Pfleiderer points to a 2013 working paper by two respected economists titled “Why High Leverage is Optimal for Banks,” which essentially says that banks operating with thin capital and tons of borrowed money do not necessarily present a systemic threat. They build a model demonstrating that -- if you ignore a string of really important things, such as the potential for extreme leverage to destabilize the financial system and force governments into costly bailouts -- you can make the case that banks should be as leveraged as possible. A better title, Pfleiderer suggests, would be “Why 'High' Leverage is Optimal for Banks in an Idealized Model that Omits Many Things of First-order Importance.”
There's nothing wrong with making assumptions -- even crazy ones -- to help get your mind around something. The deception comes in claiming that your conclusions have real-world relevance when the assumptions are nuts. Too frequently, Pfleiderer argues, economic theories are like chameleons that change their color to suit the moment. The chameleon hides its assumptions and makes bold claims, and then, when questioned, acknowledges its assumptions and says, “Hey, I’m only a model!”
This trick of deception has now been enlisted in the debate over economic inequality, inspired by the phenomenon of Thomas Piketty's book "Capital in the 21st Century." Some economists have criticized Piketty's analysis of the drivers of inequality, saying that it might be just the consequence of simple things such as differences in personal patience (rich having more and the poor less) or random shocks to people's ability to earn over their lifetimes. Sniff their models more closely, and you may begin to smell chameleon.
One study, for example, starts with the assumption that people differ in their “time discount” rates: Some are genetically predisposed to being more patient than others in saving, investing and accumulating wealth. Put this into a model and -- surprise -- you find that some people end up a lot wealthier than others because they were, by assumption, genetically set up to be wealthier. Does this teach us anything?
Another study examines how people might save some of their earnings to protect themselves against a job loss, then inserts an assumption that the existence of a social safety net induces poor people to save less than those with more wealth. Again, the poor end up poor in large part because they haven't bothered to save. There's no mention anywhere of various factors you might expect to be of first-order importance, such as how significant wealth emerges much more readily from investment income than from wage income, or the pervasive influence of individual early-life differences in education and parenting.
Putting flimsy premises into mathematical form doesn't make them any more plausible as explanations of what drives inequality in the real world. If an economist won’t clearly show you the crucial assumptions, never assume he or she is telling the truth.