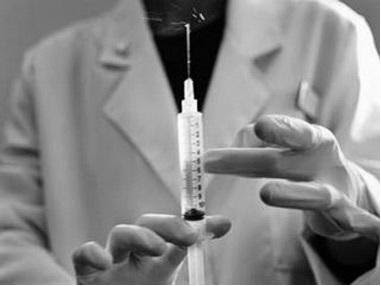 In 2008, bioethicist Yuval Levin in his book Imagining the Future: Science and American Democracy identified a subtle but momentous shift in the philosophical driver of the West:


The worldview of modern science . . . sees health not only as a foundation but also a principal goal, not only as a beginning but also an end. Relief and preservation—from disease and pain, from misery and necessity—become the defining ends of human action, and therefore of human societies.

At first blush, this seems a minor matter. Who doesn’t want to alleviate suffering and promote the general welfare? But read the above quote again. That reasonable approach to the problem of suffering is not the attitude Levin describes.
Rather, it seems to me that he detected a fundamental paradigm shift driving us away from the reasonable mitigation of suffering in favor of a Utopian—and ultimately dangerous—eliminationquest that threatens the unique dignity of man and relativizes the importance of human life.
Consider: When eliminating suffering becomes the “defining ends of human action,” it easily transforms into eliminating the sufferer. Perhaps more insidiously, what constitutes suffering encompasses more things—even becoming projected and anthropomorphized onto the natural world.
This is all very difficult to describe clearly in a short essay. So, allow me to illustrate what I am getting at by focusing on the surreal policies of Switzerland. Swiss law has permitted assisted suicide since 1942 so long as the assister does not have “selfish motives.” For decades, nothing much came of it. But with the emergence of the (sufferer-elimination) euthanasia movement, the country Kevorkianized, resulting in the establishment of suicide clinics to which people attend from around the world.
These death clinics are becoming increasingly popular. A recently published report revealed that 1705 died at one clinic (Dignitas) alone since 1998, with 204—about four per week—killing themselves within the facility in 2013.
The people who die in these clinics are not limited to the terminally ill, and indeed, sometimes include healthy people. For example, in recent months, an elderly Italian woman committed assisted suicide at a clinic because she was upset about losing her looks. Her family only learned she was dead when the clinic sent the urn containing her ashes in the mail.

A few weeks later, another elderly woman took her last flight to Switzerland from the UK because she was upset by modern technology and because she saw her suicide as a way of contributing to saving the earth from environmental destruction. There have also been joint suicides of elderly couples who don’t want to live apart. The Swiss Federal Supreme Court even declared a right to assisted suicide for the mentally ill.
At the same time that Swiss law allows a raucous suicide industry to thrive, it also outlaws flushing goldfish down the toilet.
Postado por Pedro Erik Carneiro às 13:17