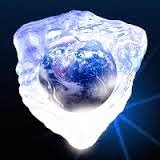 For the last 15 years, global surface temperatures have not been rising nearly as fast as most climate models predicted — a period called the “pause” or “hiatus” in global warming. Scientists have offered dozens of explanations for the warming hiatus, and now U.K. scientists are saying the 15-year pause could go on for at least another five years.

“[W]e should not be surprised if the current hiatus continues until the end of the decade,” U.K. scientists wrote in their paper. But scientists cautioned that there “is an increased likelihood of accelerated global warming associated with release of heat from the sub-surface ocean and a reversal of the phase of decadal variability in the Pacific Ocean.”

Scientists have struggled to explain why the world has not warmed to the extent initially predicted by climate models. There has been a rapidly growing disparity in the last 15 to 20 years between what climate models predicted and what observed temperature records have shown.

Satellite records show there has been no warming for more than 18 years. Satellites measure the lowest few miles of the atmosphere, not land and ocean surface temperatures. But scientists skeptical of global warming have used them to show warming has not been as extreme as government officials and environmentalists claimed.

For example, 2014 was declared the warmest year on record by government climate agencies, but satellite datasets show it was between the third and the sixth warmest years on record.

“2014 was warm, but not special,” said John Christy, a climate scientist at the University of Alabama in Huntsville, where one of the major satellite datasets is housed. “The 0.01 degree Celsius difference between 2014 and 2005, or the 0.02 difference with 2013 are not statistically different from zero. That might not be a very satisfying conclusion, but it is at least accurate.”

Increasingly, scientists are saying carbon dioxide emissions that would have warmed the atmosphere have been absorbed into the world’s oceans, causing temperatures to rise and the water to become more acidic.

Scientists, including the authors of the U.K. study, argue that if this heat is released it could accelerate global warming.

A recent study published in the journal Nature found that most of the excess heat is trapped in the tropical southern oceans. The study found that the top 1,600 feet of ocean water warmed 0.009 degrees Fahrenheit. The next 4,000 feet warmed just 0.0036 degrees since 2006.

But the data also shows that the ocean is able to absorb lots of carbon dioxide, or heat, without experiencing much of a temperature increase.