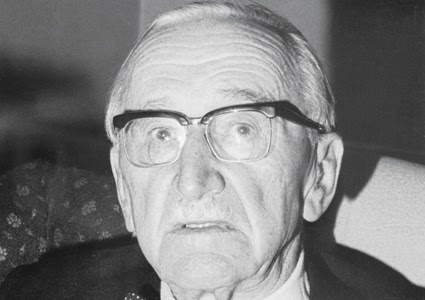 
God, Hayek and the Conceit of Reason


In his final reflections, Hayek concedes that his moral philosophy is deficient. After all, is it truly satisfying to live as though man's, or at least society's, moral purpose in this world is mainly to survive? In the final chapter, entitled "Religion and the Guardians of Tradition", Hayek tries to answer how practices that people dislike, whose effects they cannot have anticipated, could have been passed down the generations. He notes that "part of the answer" is the evolution of moral orders through group selection (morality has survived because it has enabled its adherents to survive). "But," he adds, "this cannot be the whole story." Yet, he asks, if the beneficial effects of morality were not known in advance, whence did morality originate? And how has morality endured despite the opposition of instinct and, more recently, the assaults of reason? "Here we come to religion."
Like it or not, Hayek writes, "we owe the persistence of certain practices and the civilisation that resulted from them, in part to support from beliefs which are not true — or verifiable or testable — in the same sense as are scientific statements". Like others, he is "not prepared to accept the anthropomorphic conception of a personal divinity", yet "the premature loss of what we regard as nonfactual beliefs would have deprived mankind of a powerful support in the long development of the extended order that we now enjoy." The loss of these beliefs now would still create "great difficulties", hence "even an agnostic ought to concede that we owe our morals, and...not only our civilisation but our very lives, to the acceptance of such scientifically unacceptable factual claims."
....
Hayek spent his life arguing for man's freedom. The Fatal Conceit was his last contribution to that effort. The question, though, is how man should then use that freedom. And that is the question Hayek was unable to answer because he could not cross the faithful threshold. Nevertheless, he recognised, in his final published words, that "on that question may rest the survival of our civilisation".