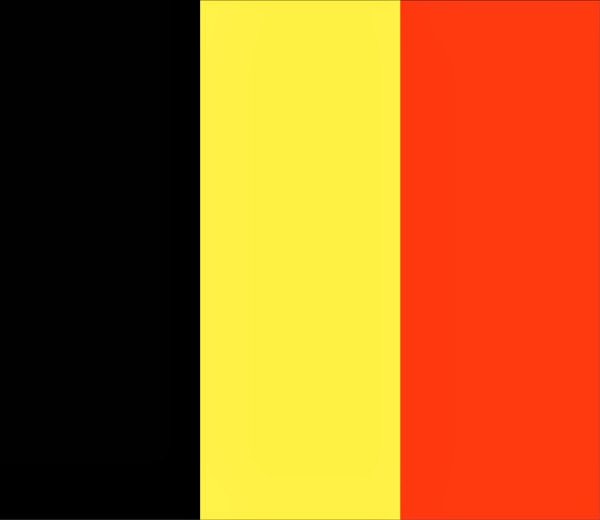 There is something beautiful about Belgium if one thinks of the Flemish architecture, the canals, the countryside dotted with blue-grey cows that produce the milk that makes the whipped cream (in Flemish Slagroom) for the cafes and patisseries.  There are country lanes with bicycles and villages with medieval churches and towns with great works of Christian art.  There’s Van Eyck’s Adoration of the Lamb and the venerated relic of Holy Blood allegedly collected by Joseph of Arimathea and brought from the Holy Land by Thierry of Alsace, Count of Flanders. However, against all this natural beauty and fine works of art, including the artistic works of the pastry chefs and the lace-makers, there is something deeply sinister about this country. Its Catholic culture has been trashed by a couple of generations of intellectuals at war with their own heritage.

I first visited Belgium in 2004 to attend a theology conference in Leuven.  The conference Mass was the most bizarre liturgical experience of my life.  It did not take place in any of the many churches in Leuven but in the conference room itself.  Part of the ritual took the form of watching a video of the September 11 attack on the twin towers while listening to mood music.  One of the participants from Holland was dressed in a folk costume and looked like a member of the band The Village People.  There was also a Nigerian priest who was treated like an idiot because he expressed respect for Cardinal Arinze.  I took some flak for being critical of the culture of modernity and one polite person apologized to me by saying, “you see, around here people think of you as an ally of Joseph Ratzinger”!

My overall impression was that Leuven was like a town that had been hit by a neutron bomb—the kind of bomb that kills people but leaves buildings intact.  All the Gothic buildings remained—the outward symbols of a once vibrant Catholic culture were still on view as tourist attractions—but the people who worked within the buildings seemed not to be the original inhabitants, but another people who had moved in after some terrible cataclysm and were ill at ease with what had gone before.  Our Lady, the Seat of Wisdom, and Patroness of Leuven, appeared marginalized.

A few years later I attended another theology conference, this time in Krakow.  A Belgian professor delivered the keynote address in the hall of the Polish Academy of the Arts and Sciences.  He veered off topic and gave a rousing oration in favor of the projects of the culture of death (eugenics, euthanasia, a tax on babies etc).  He even argued that anyone who opposed contraception should be convicted of a criminal offense.  Not all the conference participants were supporters of Humanae Vitae, but they were completely shocked that such an anti-life and totalitarian speech could be given in the hall of the Polish Academy just a couple of hours drive from Auschwitz.  What stunned the participants was the closeness of the ideology of the speaker to that of the Nazi ideologues whose specters (metaphorically speaking) still haunt the streets of Krakow.  A quick Google search revealed that the illustrious academic had been Jesuit educated in Antwerp and was a product of the University of Leuven.  A more recent Google search revealed that last year he ended his life by being given a lethal injection in the presence of his children.  He at least had the virtue of practicing what he preached, but I wondered how someone who was Jesuit educated in the 1930s could end up in such a spiritual state.  In an interview given not long before his death he said that religion is nonsense, a childish explanation for things that science has yet to fathom.  At some moment in his life he had bought the Feuerbachian critique.

Last year one of the worst songs in the entire Eurovision contest was the entry from Belgium.  It was called “Love Kills.” The refrain of the song was:

Whatever this means exactly it’s a radical inversion of the normal juxtaposition of love with life and generativity.  Other countries offered the usual assortment of Eurovision styles, some heavy metal, some punk, a few soft ballads, but the Belgian entry stood out as something very dark and creepy, a culture of death pop song.

Poor King Philippe is now in a position of having to decide what to do about the fact that his government has voted in favor of euthanasia for children.  Many hope that he will follow the precedent of his saintly uncle King Baudouin who in 1990 abdicated for a day rather than have his name on pro-abortion legislation.  At the time King Baudouin rhetorically asked: Is it right that I am the only Belgian citizen to be forced to act against his conscience in such a crucial area? Is the freedom of conscience sacred for everyone except for the king?

The hospital in Brussels where sick children are to be “put down” is named in honor of Queen Fabiola, the widow of King Baudouin. Presumably she doesn’t want her name associated with an institution that gives lethal injections to children. Perhaps she will withdraw permission for the use of her name from the hospital?
What went wrong?  How can a nation that is even nominally Catholic do this?  Can all this be pinned on the theology of Edward Schillebeeckx and his colleagues who wanted to correlate theology to the spirit of the times, to accommodate Catholicism to modernity?  Or is the causality much more complex?  Why is Belgium in so much worse a state than even France or Germany?

In the wake of this parliamentary decision bloggers from across the English Channel are suggesting that the British defense of Belgium in World War I was a huge waste of life and time.  If the Belgians really desire a culture of death they could have settled for Prussian domination a century earlier and saved the rest of the world a whole lot of trauma.

King Baudouin and Queen Fabiola may not have been able to protect the Catholic culture of Belgium from the zeitgeist of the 1960s but at least they took an unambiguous stand against it.  Some battles can’t be won politically, only spiritually, and sometimes the political victories follow decades and even centuries of spiritual preparation.  For example, historians now say that the decade of the Great Novena (from the mid-1950s to the mid-1960s) was the spiritual, intellectual and even logistical preparation for the emergence of the Polish Solidarity movement in the 1980s.

The current predicament in which King Philippe finds himself is but another moment in a battle which began sometime in the 1960s when Belgian intellectuals decided that the Catholic faith had passed its use-by date.  Let’s pray that King Philippe has the courage to stand in solidarity with his late uncle, and all those throughout the world who believe that human life is sacred.  Let’s hope that he looks as this from the perspective of eternity.