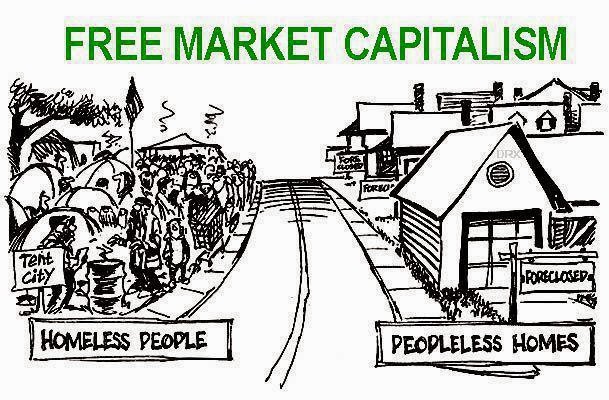 Is There a Moral Basis for the Free Market?

Is there a moral basis for the free market? As libertarian and traditional conservatives debate the best tactics for breaking the current wave of government expansion and its assaults on freedom, this is a question worth asking—both to make a cogent case to the public in favor of free markets and to clarify to one another the extent of agreement among free-marketers of different stripes.

In American political thought, the case for market freedom rests on the right of individuals to pursue their own happiness and to decide for themselves how to achieve it. The freedom of thought and action that lets people take charge of their own affairs entails freedom to exchange goods and services in an open market.

As Michael Munger has pointed out, if the exchange is truly voluntary, both parties will necessarily be better off as a result, at least in terms of their needs and desires at the moment of sale.

The basic goodness of free exchange has been ratified by success. Market economies in the modern world dramatically reduce the material poverty endemic to the human condition, battling hunger, cold, disease, and isolation. We have seen such progress in Western societies over the past five hundred years and, in recent decades, in China, India, and a host of other nations as well. By allowing individuals freedom to acquire and sell, markets tap unexplored sources of human activity and inventiveness.

A century ago, advanced opinion treated this as a one-time effect of modernization and demanded redistribution of the bounty. Now it appears that the dynamic is ongoing: global markets seem to be the most efficient way to distribute modern plenty to all places, and technology continues to develop and amaze.

Now, “If men were angels,” as James Madison wrote in The Federalist Papers, or “if angels were to govern men”—that is, if we were perfectly rational beings seeking innocent ends, or were governed by such—then the logic of the market might be sufficient to guide our social relations. But we aren’t, and government isn’t, so the morality of markets cannot rest only on the logic of voluntary exchange. For a market to be free, there has to be protection against coercion or fraud. Accordingly, defenders of free markets are rarely anarchists, but instead insist upon strict justice.

Justice cannot be bought and sold—or, rather, we know that doing so is corrupt. Rights should be accorded equally and impartially, following law and equity; they don’t belong only to the wealthy or the well-born or the popular, but to everyone, simply by virtue of his humanity or his citizenship.

How, then, are rights defined, adjudicated, and enforced? According to American thinking, the origin of government is in the consent of the governed—consent in part to custom and tradition, embodied in common law; assent to reforms to make the law more reasonable as circumstances change and society learns; and election of representatives to make formal changes in law and to administer common affairs. Though we vote as individuals, voting is not like buying a product, because as voters we are concerned, or ought to be concerned, with achieving the common good, not just our individual values. While markets work to distribute the kinds of goods that we can hold individually, justice is a common good. Like many other common goods, such as protection from foreign enemies who would raid our markets and depose our freedoms, we secure justice through government.

Citizens give consent as members of a community, or rather, since ours is a federal constitution, as members of overlapping communities. This is not an easy process; we often disagree about how to define the common good, about what justice is, about what dangers and opportunities the world presents us, and much more. But through long experience as a self-governing people, guided by the wisdom of those who fashioned and refashioned our institutions, we have arrived at various settlements, whose imperfections we tolerate because they remain open to improvement.

Often, when we talk about government in relation to the market, we focus on bloated and inefficient bureaucracies, but I am referring to the constitutionally designated institutions through which we rule ourselves as a free people. We grow frustrated with them when we fail to understand their purposes and limits, and when we grow impatient with the very social diversity that is the natural consequence of the individual freedom we cherish. Thus, the first limits on market freedom are those that political freedom itself entails.

Actually, for the most part, market freedom and political freedom nicely complement one another: Success in the market gives one the independence to concern oneself with the common good, and experience gained in civil society helps one exercise civic responsibilities well, even if only in the protection of market freedom. But the responsibilities of citizenship, the need for civic fellowship if we are to govern ourselves together, and the imperatives of equal rights provide a reason for a social “safety net” to insure against the misfortunes that are the inevitable concomitants of a dynamic free economy.

To my mind, this was put most memorably by Ronald Reagan, who asked, in his first inaugural address,

How can we love our country, and not love our countrymen, and loving them, reach out a hand when they fall, heal them when they are sick, and provide opportunities to make them self-sufficient so they will be equal in fact and not just in theory?

What the elements of such help should be is a matter for political decision—old-age and unemployment insurance was the choice of the 1930s, medical coverage in cases of serious need was the choice of the 1960s, and so forth. Many programs have gone too far, becoming a hammock for everyday sloth rather than a true safety net to break a fall. They have certainly gone too far when they hamper economic development by draining resources, suppressing opportunities, and enervating the will to succeed. But the abuse of a power or policy is not a decisive argument for its abolition. A burgeoning welfare state is a threat to economic liberty, but a decent safety net ought to enhance it, or at least ensure the political liberty with which it must go hand in hand.

If provision of a decent social safety net is one restriction on the simple functioning of a system of free exchange, a second is the need for coordination so that we don’t always get in one another’s way. Traffic laws are a prime example of regulations we can all agree are necessary.

Of course, some forms of regulation go beyond what is reasonable. Nevertheless, if we think of market regulations as desirable when they enhance our freedom and as undesirable when they unduly restrict it, we have a principle that can guide our choices. Since people will differ in their opinions about what enhances and what is undue, there will be politics here, too. I’ve been impressed over the course of my lifetime by how many things have benefited from deregulation—for example, the price and availability of air travel and energy—but we also need to be aware of ways that progress has created new risks that require wise regulation—for example, protecting privacy on the internet, not least from government itself.

A third set of limits on market freedom concerns the kinds of things that can be bought or sold. I already said that it is wrong to sell justice. I would say the same about sex and freedom—prostitution is rightly criminalized, and of course we don’t allow anyone to sell himself into slavery. There is a certain moral order that any decent society ought to support as essential to the basic dignity of human beings, and the duties of equal citizenship require us to be more demanding of each other in this regard than are monarchies or dictatorships.

Other things cannot in their nature be sold—for instance, love or virtue—and although we can buy and sell the products of knowledge, knowledge itself escapes private ownership, unless kept secret. What about beauty—can that be bought or sold? Beautiful objects, of course, can be, unless they are persons, but not beauty itself. Sometimes it is fleeting, but once seen or heard, the beautiful sight or song is in one’s memory, perhaps even a part of oneself.

All these observations about what can’t or oughtn’t be bought or sold have implications for public policy and lawmaking: If we can’t buy or sell sex, can we rightly buy or sell reproduction? Do the copyrights and patents that protect and encourage writers, artists, and inventors also inhibit the free quotation and progressive creation that seem to characterize great cultures in the past?

Acknowledging “blocked exchanges,” as the economists call them, points to a related, but distinct observation about the limits of free markets, a fourth limit. If not all human goods or activities are rightly marketable, the habits and virtues encouraged by the market also have their limits. These virtues, often decried as the bourgeois virtues, are not to be scoffed at. They include, most notably, hard work and the ability to keep promises, self-control and friendliness, toleration and inventiveness, even elementary things such as cleanliness and punctuality. You have to be good at all of these to get and keep a job, or at least most jobs. The entrepreneurial virtues are similar—all or most of these, plus creativity, confidence, and an ability to take risks and withstand the criticism and the skepticism even of one’s friends. Besides, everyone in a market society needs prudence in the administration of his own affairs, as well as simple thrift.

At the same time, there are virtues that a commercial society does not encourage, or may scoff at outright. Military courage and other sorts of physical bravery are examples. Market behavior is successful when its practitioner has a keen sense of self-interest, but every true soldier is ready to sacrifice his life for his buddies. Generosity is another virtue ill at ease in commercial society; sociologists find that people with lower incomes actually give a higher percentage of their meager mite away. Doesn’t the commercial society create all sorts of pressures against the stability of families, even as it provides their sustenance? Opportunities often require mobility, but children (and the elderly) need a settled home. And how do you explain marriage for life to people inured to chasing opportunities and getting whatever they want? What about piety more generally: are those trained to punctuality attuned to eternity? What about friendship—not just networking, but the genuine friendship that in its nature lasts for life? Are those best at business best at these?

So is there a moral basis for the free market?

Sure, but it is part of a complex moral environment that rightly limits market freedom even as it supports it. The morality of the market, important as it is in a free society, should not be mistaken for the only kind of morality that matters in common life. It certainly should not be allowed to undermine, as I fear it is beginning to do, the political culture of America. That political culture gave birth to our dynamic free economy in the first place, in part by its insistence on limiting government, in part by developing means in an imperfect world for protecting rights and finding what good we have in common.

Let us reform public policy that weakens freedom and undermines virtue. But let us not speak ill of government per se, as if it could be replaced, not just in some peripheral functions, but in its core, with the mechanism of the market. Government is necessary because we are not angels, and it is possible because we are not brutes.

James R. Stoner, Jr., is Garwood Visiting Professor (2013-2014) in the James Madison Program in American Ideals and Institutions at Princeton University and Professor of Political Science at Louisiana State University.