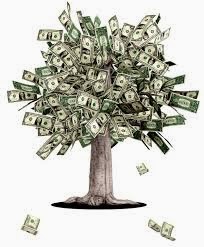 The exchange came amid a discussion on “Rapid Growth or Stagnation for the United States Economy?” at the American Economic Association meeting here.

Mr. Taylor, of Stanford University, suggested that the slow recovery—and the economy’s downward trajectory during the 2007-2009 recession—was in part due to the movement of regulatory, monetary and fiscal policy toward “more discretion, more intervention and less predictability.”


As examples of unusual policy steps surrounding the crisis, Mr. Taylor cited the government’s bailouts of financial institutions as well as the Federal Reserve’s bond-buying stimulus, known as quantitative easing.

Monetary, fiscal and regulatory policy should “get back to regular order,” Mr. Taylor said, to permit growth to pick up. “Get rid of this QE stuff,” he advised, and return to “rules-based monetary policy.”

Mr. Summers, of Harvard, said that extraordinary times call for extraordinary measures and not a blind perseverance on a given course that may have worked in the past. Mr. Summers was an adviser to President Barack Obama early in his first term, when a sweeping stimulus act was passed.

Do I want my doctor to be “consistently predictable or responsive to” a particular health emergency, Mr. Summers asked. Better, he answered, to have a doctor “evaluating my condition and responding appropriately.”

Mr. Taylor acknowledged that, “It’s great to have the all-knowing doctor,” but added that history bears out that the economy does better when policy is “predictable…and rules-based.”
Messrs. Taylor and Summers were joined on the panel by Harvard’s Martin Feldstein and 2004 Nobel laureate Edward C. Prescott of Arizona State University.

As far as the panel’s headline question, “We are closer to an economy that is stagnating” than growing, Mr. Jorgenson said.

He noted that things look favorable for Mr. Taylor’s preferences for monetary policy. Janet Yellen, who is expected to be confirmed as soon as Monday by the Senate as chairman of the Federal Reserve, told last year’s AEA meeting that she backs “rules-based policy,” Mr. Jorgenson said.

Mr. Feldstein injected an optimistic note into the outlook. “I think 2014 has a much better shot than we’ve had in the last several years of producing stronger growth. We don’t have the kind of fiscal drag that we had before” he said, and consumer spending is up as housing and stock markets have risen.

The prospects are so good, he added, that next year’s AEA meeting could well feature a panel asking “Do we have to worry about overheating?”
Postado por Pedro Erik Carneiro às 15:13