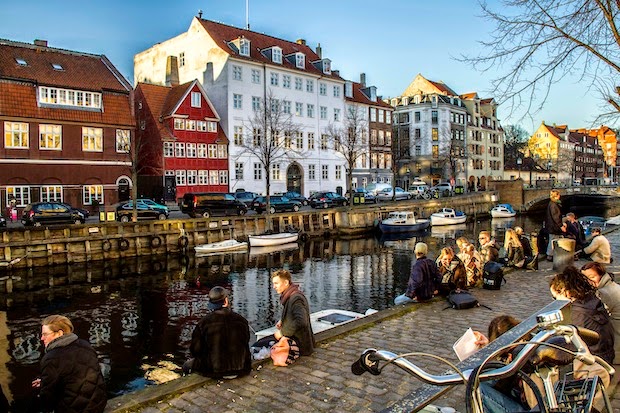 Denmark’s efforts to stop the world’s most indebted households from building up more debt are starting to pay off as amortization rates improve.

“The trend is broken now,” Jan Oestergaard, a senior analyst at Danske in Copenhagen, said in a phone interview. “Depending on how interest rates move going forward, I think we’ll see a lower share of interest-only loans.”

To bring this back to the U.S., though, when you talk about wealth and debt in countries like Denmark, you need to remember that residents of most Western countries need a lot less in savings than Americans. Other countries — and Denmark pretty much heads the list — have a much tighter social safety net. That means less savings needed for emergencies, less for education, and much less for retirement.

If you’re trying to understand where the U.S. middle class fits in comparison to the rest of the world, any calculation that leaves that out is misleading. Make no mistake: The U.S. does not do well in median wealth calculations compared to most countries. Though a couple of years old, this post from Dylan Matthews addresses the issue well. The U.S. ranks third-to-last in median wealth in a list of 19 wealthy countries.

The only ones below the U.S.? Sweden and Denmark, which have famously comprehensive government income supports. On the other hand, countries that rely largely on individual savings (Australia, Italy, Japan) are way higher in the median wealth ranks. And more of the wealth is held in middle-class savings, less in housing: In Australia, 56 percent of household wealth is kept in retirement accounts and pensions, versus 27 percent in the U.S.