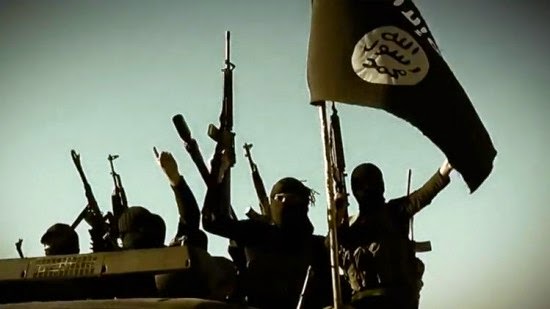 
KIRKUK, Iraq: Jihadists seized Iraq's largest Christian town and surrounding areas Thursday, sending tens of thousands of panicked residents fleeing in what is being called a humanitarian disaster, officials and witnesses said.
The onslaught saw the Sunni extremist Islamic State of Iraq and Greater Syria (ISIS) extend its writ over northern Iraq and move within striking distance of autonomous Kurdistan, in one of the most dramatic developments of the two month-old conflict.
ISIS militants moved into Qaraqosh and other towns overnight after the withdrawal of Kurdish peshmerga troops, who are stretched thin across several fronts, residents said.
"Qaraqosh, Tal Kayf, Bartella and Karamlesh have been emptied of their original population and are now under the control of the militants," Joseph Thomas, the Chaldean Catholic archbishop of Kirkuk and Sulaimaniyah, told AFP.
Entirely Christian Qaraqosh is lies between Mosul, the jihadists' main hub in Iraq, and Arbil, the Kurdish region's capital. It usually has a population of around 50,000.
Tal Kayf, the home of a significant Christian community as well as members of the Shabak Shiite minority, also emptied overnight.
"Tal Kayf is now in the hands of ISIS. They faced no resistance and rolled in just after midnight," said Boutros Sargon, a resident who fled and was reached by phone in Arbil.
"I heard some gunshots last night and, when I looked outside, I saw a military convoy from ISIS ... shouting 'Allahu Akbar' (God is greatest)."
Pope Francis urged the international community to protect Iraq's Christians, who have emigrated en masse over the past decade as a result of successive waves of violence.
Chaldean Patriarch Louis Sako, who heads Iraq's largest Christian denomination, said the overnight offensive had displaced 100,000 Christians.
"This is a humanitarian disaster. The churches are occupied, their crosses were taken down," he told AFP, adding that 1,500 manuscripts had been burnt.
AFP could not immediately verify the status of those towns, which witnesses said have been completely emptied of their residents.
The latest numbers dwarf the exodus sparked last month by an ISIS ultimatum to Mosul's Christians to convert to Islam, pay jizya (protection money) or leave on pain of death.
A peshmerga spokesman said Kurdish forces were battling ISIS in Qaraqosh and Al-Qosh further north, but no witnesses could corroborate that.
The spokesman also said the peshmerga were fighting in Gwer, a Kurdish community south of Qaraqosh.
The ISIS advance means jihadists are now within striking distance, in some areas barely 20 kilometers, of the official border of the Kurdish region and 40 kilometers from Arbil.
The group launched a devastating offensive on June 9, seizing the country's second city Mosul the next day and sweeping across much of the Sunni heartland.
Peshmerga forces apparently redeployed to Arbil some of the forces they had assigned to the disputed land they grabbed from the government during the army's initial debacle.
They also beefed up security in Kirkuk, the most significant conquest they made during the June chaos, but the city was rocked by a car bomb Thursday.
The blast ripped through a Shiite mosque where displaced people had sought refuge, killing at least eight and wounding 47, police and medical sources said.
The experienced peshmerga were thought to be a sufficient bulwark against massive further advances by the jihadists, but ISIS fighters have been moving stealthily across the northern Ninevah province and making surprise gains.
At the weekend, ISIS units took over most of the Mosul hinterland which the peshmerga had occupied after government forces retreated in June.
Among its conquests was the Sinjar area, from which tens of thousands of civilians fled, including many families from the Yazidi minority who are still hiding in barren nearby mountains.
The Yazidis, and other local residents, have been stranded in the mountains since Saturday with little food and water.
The leaders of the small minority, who practice a 4,000-year-old faith rooted in Zoroastrianism, have warned that their entire community risks being massacred or starved into extinction.
Turkish officials said hundreds of Yazidis had crossed into Turkey but did not specify how they got there.
Rights activist Ali al-Bayati told AFP around 1,500 people had reached Fishkhabur, near the spot where the borders of Iraq, Syria and Turkey meet.
ISIS, which proclaimed a "caliphate" straddling Syria and Iraq in late June, boasted of its latest victories.
"We are pleased to announce to the Islamic nation a new liberation in Nineveh province, teaching the secular Kurds a lesson," a statement said.
It denied reports that an unprecedented alliance of Kurdish fighters from Iraq, Syria and Turkey was clawing back lost territory around Sinjar and elsewhere.