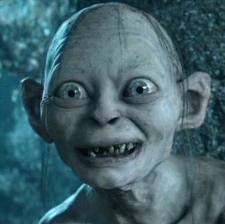 
The great error of most economic thinking these days is not that it is too keenly focused on the economy, but that it has all but forgotten it.  A good friend of mine, a wise theologian, has encouraged his students to distinguish between what Aristotle calls chrematistics, the craft of amassing wealth, which Aristotle viewed with a healthy suspicion, and economics, the laws governing the management of an oikos, a household.  Another way to put this is that man is not made for an economy, but economy is made for man, who is ineluctably a social being, or, as Aristotle put it, a political being.

Aristotle did not mean that man is made for the ridiculous charade of self-government that we Americans enjoy every four years, with its heaves of moronic marketing, evasion, and dishonesty. Aristotle is the pagan with the flat feet. He stands squarely on the ground of common things. A political animal is a rational creature who thrives best within a polis, a smallish community of people who do not suffer edicts from afar, but who adjust their civil laws to the laws of man’s nature, to secure amongst themselves the common good.

There’s a nice analogy to draw, between mass politics which overwhelms the polis, along with its ally in mass “economics” or chrematistics whether of the left or the right, which ignores what man is made for, and society properly conceived, fashioned by healthy and thriving households.  Catholic Social Teaching will not allow us the ease of abstraction, as if “society” could denote any aggregate of human beings organized (or disorganized) according to any financial and, for want of a better word, political laws whatsoever.  In short, a society must be social—it must be based upon the human good of friendship and what the medieval English called “neighborhood,” meaning the virtue of getting along with and assisting those among whom we live most closely.  An economy, too, must be economic—it must be based on the good of households, and must aim, though in sometimes an intricate or circuitous way, at that same good.

We cannot make any headway understanding the encyclicals of Pope Leo XIII unless we keep these things firmly in mind.  The Pope’s teachings on the nature of man, his eternal destiny, the sanctity of marriage, the good of the family, and social and economic justice are all one coherent and harmonious vision.  So then let us turn to his encyclical on Christian marriage, Arcanum divinae (1880), for this too is eminently a social letter.

Leo begins by observing that Christ came among us, as Saint Paul says, “to re-establish all things” in Him—all things, not just the Sunday things, as it were.  Just as, in Aeterni patris, Leo affirmed the assistance that faith lends to reason, elevating it to heights it could never have scaled on its own, while reason in turn clarifies faith and protects it from lapsing into error, so too this new instauration in Christ “imparted a new form and fresh beauty to all things, taking away the effects of their time-worn age.”  That refreshment came in the order of nature, too, redounding to the good of nations and families.  “The authority of rulers,” he writes, “became more just and revered; the obedience of the people more ready and unforced; the union of citizens closer; the rights of dominion more secure.”  Indeed, the Christian faith could hardly have done more to procure the truly good things of a common life, had it been instituted solely for that purpose.

Such is the context for Leo’s discussion of marriage—and marriage, in turn, is the context for his economic and political thinking. The first thing he insists upon is that marriage is not a human creation, much less a creation of the State, but is of divine origin. Its fruition is not in the satisfaction of individual desires, as potent or as harmless as some of those may be. It is, because it is divine, by necessity oriented towards the being of God Himself. Its fruitfulness participates in His creative bounty. Its unity reflects the inner life of love that is the Trinity. Its exclusivity and perpetuity reflect His faithfulness and His eternity.

When Jesus teaches us that the two great commandments are like unto one another, we are apt to remember that we cannot love God aright unless we love our neighbor; but apt to forget that our love of neighbor cannot be divorced from the love we owe to God. If, then, we sin against marriage, demoting it to the status of a contract, which in pagan times could be abrogated by the husband at a whim (and which now can be so abrogated by either party), we sin against God and neighbor both. We sow dissolution in what should be a society but degenerates into a mass, an aggregate, a confounding of wills.

Thus, according to Leo, it was an act of the highest mercy and justice at once, when Jesus blessed marriage at Cana, and went on to bring back “matrimony to the nobility of its primeval origin,” in his role as “supreme Lawgiver.”  We misread things if we assume that only a prohibition against divorce is involved.  The marriage of man and woman, grounded in their biological, earthly nature, is divine in origin and end; it is the sphere in which most of us will be called to holiness, with a procreation both physical and spiritual: “By the command of Christ, [marriage] not only looks to the propagation of the human race, but to the bringing forth of children for the Church, fellow-citizens with the saints, and the domestics of God (Eph. 2:19).”  Leo is ever at pains to show that the Church does for the State what the State cannot well do for itself: she makes citizens of the city of God, citizens who make for something like a just city here below.

If we consider the matter carefully, we see not only that Christian marriage is the foundation for a genuine society.  It is a society in itself, and a model for the society at large.   Thus when Leo describes the inner dynamic of a Christian marriage, it is in social terms.  “The mutual duties of husband and wife have been defined,” he writes, “and their several rights accurately established.  They are bound, namely, to have such feelings for one another as to cherish always very great mutual love, to be ever faithful to their marriage vow, and to give one another an unfailing and unselfish help.”  The key words here are mutual and several.  They have profound implications for all genuine Catholic teaching on the just society.

We have almost lost the sense of gift implied by the word mutual.  For us, it means that if John does something, then Mary does the same, and so on, until the end of time.  We take it to imply a flat identity.  But the inner meaning of the word involves an exchange of gifts, a reciprocity that is not arithmetical but human.  Thus the mutuality of the love between husband and wife is implied in their several or separate, distinct duties.  It is precisely because the husband and wife are not the same in their mode of being human and even in their physical relations to one another that they can most fully embody the complete gift of self that love demands.  Each complements the other; each completes the other, and this completion is not subjective but an objective, incarnate fact.  The two are one flesh.  The man is for the woman, the woman for the man, and both, as individuals and as a married couple, are for God.

From Christian marriages, says Leo, “the State may rightly expect a race of citizens animated by a good spirit and filled with reverence and love for God, recognizing in it their duty to obey those who rule justly and lawfully, to love all, and to injure no one.”  What, by contrast, might we expect from an anti-society of self-will and divorce?  For some hedonists delight in riches, and others delight in sex, and still others in prestige or ease or hectic excitements.  Leo won’t mince words.  When Christian marriage is deprecated, man sinks “into the slavery of [his] vicious nature and vile passions,” and nothing, says Leo, “has such power to lay waste families and destroy the mainstay of kingdoms as the corruption of morals.”  Or are we to believe that men who are shameless and shiftless in the most intimate and most socially productive of human relations will, in any great numbers, be animated by civic responsibility and love of neighbor in their other public actions, where their duties are less clear, and the opportunities for self-serving almost limitless?

Every sin against marriage is a sin against the very possibility of any kind of society at all.  Every Christian marriage begun in purity and continued in faithfulness and duty and love is an exemplar for all social relations, and allows us to imagine something better than the loneliness of self-will “wedded,” in ghastly symbiosis, to the inhumanity of economics without households, and a state without citizens.