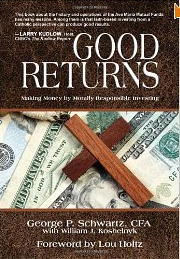 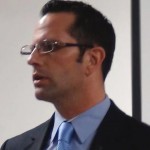 
An Interview with Richard Aleman, Distributist

In the current issue of Gilbert Magazine (Vol. 16, No. 3 – November/December 2012), we interviewed Richard Aleman to learn about his fascinating background, his first encounter with G.K. Chesterton, his work to promote Distributism, and his recent experience working with the Minnesota Catholic Conference to promote an amendment to define marriage as a union between one man and one woman. Scroll down to read the entire interview.


GM Please tell us about your background. You are a native of Spain, but you are not Spanish. And you also spent some of your upbringing in New York. And how does a non-Spaniard from Spain get into the Marines?

RA Yes, I am Catalonian, from a town founded by the Romans in the third century B.C. (Badalona). The Catalan culture developed during the Middle Ages and our language grew from the Provençal language. Catalonia eventually formed part of the Crown of Aragon and today we are an autonomous region of Spain with our own Parliament and president.
Most of my early life was spent between Barcelona and New York City. After I became a naturalized citizen, I joined the best outfit in the world— the United States Marine Corps.

GM When and where did you first encounter G.K. Chesterton—in America or Spain? And did you first read him in English or Spanish (or Catalan)?
RA In Spain. A friend of mine shipped a copy of Orthodoxy to my home in Barcelona, and reading the book was life-changing. Chesterton’s Orthodoxy is just what a growing boy needs, especially one struggling with family life and with an insatiable curiosity about the world and all that lies beyond. If you recall, Chesterton dedicated this book to his mother, which is apropos because during this period of in my life my mother was distancing herself from organized religion. I was beginning to see it as the only possible course that makes any sense.

GM You have pretty much dedicated your whole life to spreading the Church’s teaching on social justice, as articulated by Chesterton and his contemporaries. What did you first find so gripping about Distributism? About what Chesterton has to say about it?
RA Your question takes me back to a quote in Orthodoxy: “Of all horrible religions the most horrible is the worship of the god within,” reminds me of what Chesterton wrote in The Catholic Church and Conversion, “We do not really need a religion that is right where we are right. What we need is a religion that is right where we are wrong.” Whatever area of the faith, my goal is to think with the mind of the Church. We cannot embrace Christianity without dying to ourselves.
When I sunk my teeth into Distributism I found myself wrong about all that is right, and right about some things I intuitively knew were wrong. Something seemed wrong with the political Left and the Right. The short version is that socialism was counter-intuitive to me, a misplaced faith in government action. Capitalists were over-confident in the free market as the solution. Self-criticism led me to realize I suffered from tribalism, and Distributism woke me up.
Archbishop Chaput recently said it best: we are Catholics before Democrats or Republicans, and even before we are Americans. And the Church has been saying this all along. So have Chesterton and Belloc.

GM What is the most common objection you get from people when you try to explain Distributism to them?
RA Well, most Distributists are accused of being capitalists, socialists, or some combination of the two. Part of the reason is because most people have overly broad definitions of capitalism and socialism. Trade equals capitalism. Government intervention equals socialism. Chesterton once wrote that if capitalism means to earn a profit, then the communist is a capitalist. He also joked that in the minds of some people a “social drink” sounds like suspicious socialist behavior. To say unbridled competition is wrong means you are a socialist. To say private property is good is to be a capitalist.
We’ve sown the seeds, bore the fruit, and it is time to admit neither tastes very well.
All things considered, the economic and political crises have opened up the door to commonality among those who would otherwise disagree. More people are realizing that when cooperative businesses like Mondragon Cooperative are succeeding in a nation (Spain) with twenty-five percent unemployment, maybe those Distributists are on to something. So let’s sit down with progressives and conservatives and start a discussion about what we agree on, where we are, and where we ought to be in the future.
Both will tell you they prefer Main Street to Wall Street. They want capital and labor to be treated fairly. They are starting to realize the problem is both Big Business and Big Government. Progressives and conservatives like local, organic food production, momand- pop businesses, community banking, and accountable and accessible government, and so on. They care about their families and worry what the future is going to look like for their kids. The “hands off—it’s my body” or “hands off—it’s my wallet” approach to life is unsustainable and they know it.
There’s more, but I think that’s a great start.