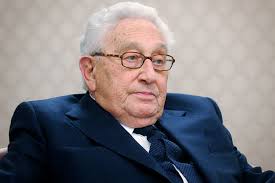 Out of the Brexit Turmoil: Opportunity 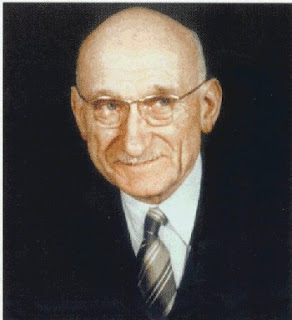 Precursor of the EU
The European Community—or Common Market as it was called in Britain in the 1960s and ’70s when suggestions were first made about British membership—always included the notion of some form of full political unity and integration. But it seemed a distant possibility right up until the 1980s. Britain joined in the early ’70s amid promises that political unity would never happen. Suggestions that it was on the agenda were met with scoffs from enthusiasts for the European project.
...
Pope St. John Paul II spoke often and with passion about Europe, calling for a revival of the Christian faith that had shaped European culture and values. He lifted the whole debate about Europe—not only in his native Poland but also in the hearts of Catholics across the continent—to a different level. But did he insist on the need for full political integration? And was the European Union that emerged into the twenty-first century one consonant with Catholic values?
...
And so to Brexit. Spiritual values and Catholic social teaching did not feature in the campaign. The issues were political and economic, many simply assuming that leaving the EU would be a financial disaster and voting accordingly. The main issue at stake was what even some Euro-enthusiasts admitted was a “democratic deficit”: the complete lack of any accountability on the part of the unelected bureaucrats running the EU. To a nation proud of its Parliamentary traditions, this is a major issue.
Catholics in Britain were and are divided on Brexit. Some (I’m one) believe that the EU stands in opposition to Church’s understanding of the need for subsidiarity, i.e., the principle that decisions should be taken by the smaller and more responsible levels of community life rather than the larger, the opposite corollary being that huge, impersonal organizations and structures are contrary to real human needs. Others argue that the original ideals of the founders of the whole project could still resonate and that opposition is centered on nationalism and is small-minded, even bigoted.
...
Meanwhile, from the general Catholic perspective, Europe’s need is not for political union, but for re-evangelization and a great Christian renewal. Nationalism is on the rise and could do much harm. Something deep and real needs to be on offer.
...
Post-Brexit, Britain will need work closely with Europe. How could it be otherwise, when cheap jet flights, the Internet, mobile phones, and the Channel Tunnel combine to make isolationism merely a bizarre nonstarter every day of the week? We may joke about enjoying warm beer and village cricket, but the reality is that a multiracial Britain shares with the rest of Europe common concerns on everything from militant Islam to drug abuse and family breakup.
Brexit will turn out to be a good decision. But to resolve Europe’s real problems, we should look to that Christian faith that has shaped Britain and the rest of Europe for centuries—and pray for its revival.

Joanna Bogle is an author, broadcaster, and journalist living in London with her husband, a lawyer. Her most recent book is English Catholic Heroines...
Postado por Pedro Erik Carneiro às 06:41 Nenhum comentário: 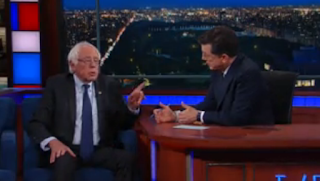 Toward the beginning of De Caelo (On the Heavens), Aristotle makes the well-known remark that “the least initial deviation from the truth is multiplied later a thousand-fold”—or, as it is sometimes phrased, “a small error in the beginning leads to a large error later on.” We can easily see that this is true, whether in immediately practical operations or, more importantly, in intellectual investigations. If our first principles are not right, how can the rest of our reasoning be correct? This is true concerning our thinking about government. Is government a necessary evil? A necessary good? Is that government best which governs least? In thinking about these questions, it is good not only to begin at the beginning but to begin with the right questions and their correct answers.
If government were a necessary evil, one reason for this might be that it was something that would not exist had man not sinned. Christians believe that God originally created one man and one woman whose nature was untouched by evil and who were given special gifts to perfect that nature, but who were then tempted by the Devil and sinned. Because of Original Sin, all their descendants lost those extraordinary gifts, although man’s basic nature remains good, albeit wounded. Had Adam and Eve never sinned, and had they begotten children in the state of innocence, would there have been a need for government? To some, this may seem like a useless question, as removed from reality as to ask what lunar landings would be like if the moon were made of green cheese. However, this question reveals something about the place of government among men. If we answer it the wrong way, we will commit the small error at the beginning of our inquiry which leads to a big error later on.
Thomas Aquinas proposes to himself this very question. In his Summa Theologica (I:96:4), he asks whether there would be subordination of man to man in the state of innocence. Yes, he answers very clearly. Although there would not have been the domination characteristic of the slave (servus), who is “ordered to another,” there would still have been the kind of subjection proper to the free man, when someone directs him to his own good or to the common good. And the reasons given by Saint Thomas for this are two: First, because man is “naturally a social animal,” and “social life cannot exist unless someone presides who aims at the common good”; and second, because it would be unfitting for someone to have “supereminence in knowledge or justice” unless he could use this supereminence for the good of others. In other words, according to Saint Thomas, had Original Sin never entered the world, we would still have had a sort of government, one that did not need to punish anyone but was still there to coordinate and direct our common projects toward the public good. Adam and Eve, after all, were not omniscient. If our hypothetical unfallen brothers had wanted to build a road or a dam or a bridge, they would still have needed to put it in this place rather than that, and someone would have had to make the final decision as to where.
By his answer, Saint Thomas was already guarding us against many wrong conclusions that we might reach. One of them is the notion that government is a necessary evil. Government, on the contrary, is a necessary good and has a natural role to play in man’s affairs; as we consider the question of the proper size and activity of government, we must keep this truth in mind.
If government is a necessary good, the question of the size and responsibility of government should be approached in the spirit, not of trying to see how small we can make it, nor how large, but of calmly looking at those tasks that man can accomplish only or best via government, and setting government’s proper bounds in response to man’s nature and needs....
If there is some social need that we do not think appropriate for direct governmental action, what alternatives do we have? Often, in the Anglo-American political tradition, we are presented with only three alternatives: direct government control, private charity, or some kind of market-based approach. This is by no means an adequate enumeration of all possible approaches, for we must consider the principle of subsidiarity, first enunciated by Pope Pius XI in his 1931 encyclical, Quadragesimo Anno. Subsidiarity holds that

IT IS A FUNDAMENTAL PRINCIPLE OF SOCIAL PHILOSOPHY, FIXED AND UNCHANGEABLE, THAT ONE SHOULD NOT WITHDRAW FROM INDIVIDUALS AND COMMIT TO THE COMMUNITY WHAT THEY CAN ACCOMPLISH BY THEIR OWN ENTERPRISE AND INDUSTRY. SO, TOO, IT IS AN INJUSTICE AND AT THE SAME TIME A GRAVE EVIL AND A DISTURBANCE OF RIGHT ORDER, TO TRANSFER TO THE LARGER AND HIGHER COLLECTIVITY FUNCTIONS WHICH CAN BE PERFORMED AND PROVIDED FOR BY LESSER AND SUBORDINATE BODIES. INASMUCH AS EVERY SOCIAL ACTIVITY SHOULD, BY ITS VERY NATURE, PROVE A HELP TO MEMBERS OF THE BODY SOCIAL, IT SHOULD NEVER DESTROY OR ABSORB THEM.

Now, this principle is often misunderstood and misapplied. Some seem to think, for example, that it is calling for matters to be committed as often as possible to for-profit groups or private charity. The “lesser and subordinate bodies” that the Pope speaks of, however, are not necessarily purely private, let along for-profit. Nor are they necessarily devoid of real authority. Since, later on in this same encyclical, Pope Pius strongly urges the reestablishment of something like the medieval guilds, we can assume that he is not opposed to the assumption of real authority for the common good by some of these “lesser and subordinate bodies.”
In the political traditions common in English-speaking countries, this sort of arrangement would probably be called delegation of governmental authority to nongovernmental bodies...
Postado por Pedro Erik Carneiro às 07:02 Nenhum comentário: