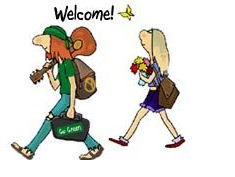 Published on May 8, 2018
Written by Thomas D. Williams PhD
Americans who are skeptical about climate change engage in personal behavior that is more friendly to the environment than climate alarmists, who support increased government regulation, a new study has found.
Michael Hall, a psychologist from the University of Michigan, led a team of researchers in a yearlong longitudinal study of 600 Americans who “regularly reported their climate change beliefs, pro-environmental behavior, and other climate-change related measures” and published the results of their study in The Journal of Environmental Psychology.
The researchers grouped their subjects into three categories based on their attitude toward climate change: the “skeptical,” the “cautiously worried,” and the “highly concerned” and correlated their beliefs with their personal lifestyle choices.
The results of the study contradicted the intuitive assumption that people most concerned about climate change would be the most likely to engage in eco-friendly behavior, revealing instead that the contrary is true. There is an inverse correlation between climate-change concern and environmentally beneficial action.
While very supportive of government action on climate, the group of “highly concerned” were the least likely to behave in environmentally friendly ways on a personal level, the study revealed.
The self-described “skeptics,” on the other hand, while the most opposed to government climate policies, were also the “most likely to report engaging in individual-level pro-environmental behaviors,” the study found.
The environmental lifestyle choices examined by Hall and his team included recycling, using public transportation, buying “green” products, and using reusable shopping bags.
Roughly once every eight weeks during the course of a year, participants in the study were asked about their climate change beliefs as well as their degree of support for policies such as gasoline taxes and fuel economy standards. They were also queried regarding their personal conduct.
As a result of the study, researchers concluded that “belief in climate change does not appear to be a necessary or sufficient condition for pro-environmental behavior.”
While the empirical study by Hall and his team did not offer an explanation for the inverse correlation between environmental belief and action, at least two possible theories present themselves.
First, there is a tendency among those who believe they are on the “right side” of an issue at the macro (governmental, social) level to be negligent in the same area at the micro or personal level, an instance of a phenomenon known in psychology as “moral licensing” or “self-licensing.”
By supporting government action in a given area, people may feel morally legitimatized to cut corners at the personal level, and the area of environmental stewardship is no exception.
As Stefan Hartmann of the University of Passau describes in his paper titled “Moral Licensing in the context of Environmental Behaviour,” such an apparent disconnect between belief and action is not uncommon. Supporting government intervention often leads a person to believe he has done his or her share for the environment, leading to “self-licensing” to act in contrary ways at the personal level, as other reports have noted.
Such “moral licensing” may help explain the apparent disconnect between belief and action of the world’s most famous climate alarmist, Al Gore. His 20-room, 10,070-square-foot, Colonial-style mansion reportedly consumes 21.3 times more kilowatt hours than the average U.S. household — including 66,159 kWh per year just to heat his swimming pool.
A second explanation may be found in the distinctive moral universes of conservatives and liberals. While good and bad are bipartisan and neither side can claim definitive moral high ground, there are statistically based moral tendencies that are revealing.
As reported by the New York Times in 2008, liberals favor generous government spending to help the neediest people at home and abroad, but give comparatively little in personal contributions to charitable causes. Personal virtue can be viewed as less important that government programs, which helps explain why liberals favor higher levels of taxation than conservatives, who would rather donate their money than have it taken from them.
Average annual charitable contributions from households headed by conservatives, for instance, give 30-50 percent more than liberal households, the Times article stated.
Similarly, the “generosity index” from the Catalogue for Philanthropy has found that red states are the most likely to give to nonprofits, while Northeastern states are least likely to do so, it noted.
“How America Gives,” a 2014 study published by The Chronicle of Philanthropy, used IRS data to analyze giving patterns across the country and compared levels of giving with how each state voted in the 2012 presidential election (Romney v. Obama).
The study found that the states in which people gave the highest percentage of their adjusted gross incomes were also states that voted for Romney, while states in which people gave the lowest percentage of their adjusted gross income voted for Obama. The top 17 most generous states all went for Romney.
The partisan divide in generosity is not limited to charitable donations. Conservatives also appear to be significantly more generous than liberals in nonfinancial ways, such as volunteering their time and giving blood, the Times article said.
Since the most ardent believers in climate change tend to be on the liberal end of the political spectrum, it would make sense that they would push government action on the environment, while doing less at the individual level.
Postado por Pedro Erik Carneiro às 08:24 Nenhum comentário: 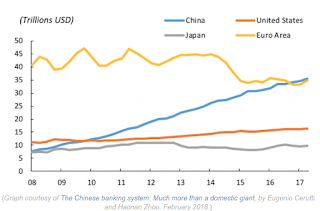