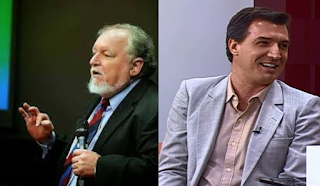 Below are some facts - scientifically recognized and published in peer-reviewed journals - that may raise your eyebrows.

All proxy temperature data sets reveal that there have been cyclical changes in climate in the past 10,000 years. There is not a single climate scientist who denies this well-established fact. It doesn’t matter what your position on the causes and magnitude and danger (or not) of current climate change is—you have to be on board on this one. Climate has always changed. And it has changed in both directions, hot and cold. Until at least the 17th century, all these changes occurred when almost all humans were hunters, gatherers, and farmers.

2. Temperature Increase in the Past Was Not Caused by Humans

Industrialization did not happen until the 17th century. Therefore, no prior changes in climate were driven by human emissions of carbon dioxide. In the last 2,000 years alone, global temperatures rose at least twice (around the 1st and 10th centuries) to levels very similar to today’s, and neither of those warm periods were caused by humans.

3. The Arctic and Antarctic Are Doing Better than Ever!

4. Polar Bears and Other Species Are Not Dying But Flourishing!

If you paid attention to the previous fact, then the following one is not hard to understand. Polar bears—often used as a symbol of climate doomsday—are one of the key species in the Arctic. Contrary to the hype surrounding their extinction fear, the population numbers have actually increased in the past two decades.
Last year, the Canadian government considered increasing polar bear killing quotas as their increasing numbers posed a threat to the Inuit communities living in the Nunavut area.
The increase in population size flies in the face of those who continue to claim otherwise in the popular news media. And it is not just the polar bears in the Arctic. Other critical species elsewhere, like tigers, are also making a comeback.

5. Carbon Dioxide Is Not a Temperature Control Knob

While most of the current climatologists who collaborate with the United Nations believe anthropogenic CO2 emissions have exacerbated natural warming in recent decades, there is no empirical proof to support their claim. The only way to test it would be to wait and see if their assumptions come true.
The entire climate fraternity was in for a surprise when global temperature between 2000 and 2016 failed to rise as anticipated by the climate alarmists. The scientists assumed that rising CO2 emissions from human activity would result in a rapid rise in temperature, but they didn’t.
This proved that atmospheric CO2 concentrations are not the primary factor controlling global temperature. Consideration of a much longer period (10,000 or more years) suggests that CO2 had no significant role to play in temperature increases. CO2 never was the temperature control knob.

It would be naïve not to acknowledge this blatant and lopsided reporting in our news media.
These are some of the many climate facts that the media refuses to acknowledge, like the impending solar minimum that NASA has predicted for the next two solar cycles between 2021 and 2041, ushering in a period of global cooling like it did during the solar minimum of 17th century
There are other facts that run contrary to popular belief, such that there has been no increase in the frequency or intensity of floods, hurricanes, tornadoes, wildfires, droughts, or other extreme weather events. Even the UN’s Intergovernmental Panel on Climate Change reported low confidence that global warming—manmade or not—was driving increases in extreme weather events.