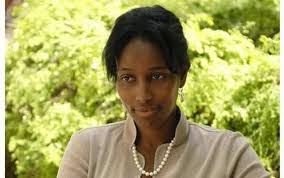 Bonfire of the Humanities

It's been a long time coming, but America's colleges and universities have finally descended into lunacy.
Last month, Brandeis University banned Somali-born feminist Ayaan Hirsi Ali as its commencement speaker, purporting that "Ms. Hirsi Ali's record of anti-Islam statements" violates Brandeis's "core values."
This week higher education's ritualistic burning of college-commencement heretics spread to Smith College and Haverford College.
On Monday, Smith announced the withdrawal of Christine Lagarde, the French head of the International Monetary Fund. And what might the problem be with Madame Lagarde, considered one of the world's most accomplished women? An online petition signed by some 480 offended Smithies said the IMF is associated with "imperialistic and patriarchal systems that oppress and abuse women worldwide." With unmistakable French irony, Ms. Lagarde withdrew "to preserve the celebratory spirit" of Smith's commencement.
On Tuesday, Haverford College's graduating intellectuals forced commencement speaker Robert J. Birgeneau to withdraw. Get this: Mr. Birgeneau is the former chancellor of UC Berkeley, the big bang of political correctness. It gets better.
Berkeley's Mr. Birgeneau is famous as an ardent defender of minority students, the LGBT community and undocumented illegal immigrants. What could possibly be wrong with this guy speaking at Haverford??? Haverfordians were upset that in 2011 the Berkeley police used "force" against Occupy protesters in Sproul Plaza. They said Mr. Birgeneau could speak at Haverford if he agreed to nine conditions, including his support for reparations for the victims of Berkeley's violence.
In a letter, Mr. Birgeneau replied, "As a longtime civil rights activist and firm supporter of nonviolence, I do not respond to untruthful, violent verbal attacks."
....
Years ago, when the academic left began to ostracize professors identified as "conservative," university administrators stood aside or were complicit. The academic left adopted a notion espoused back then by a "New Left" German philosopher—who taught at Brandeis, not coincidentally—that many conservative ideas were immoral and deserved to be suppressed. And so they were.
This shunning and isolation of "conservative" teachers by their left-wing colleagues (with many liberals silent in acquiescence) weakened the foundational ideas of American universities—freedom of inquiry and the speech rights in the First Amendment.
No matter. University presidents, deans, department heads and boards of trustees watched or approved the erosion of their original intellectual framework.
...
...The loonies are becoming the public face of some once-revered repositories of the humanities. Sic transit whatever.
By
Postado por Pedro Erik Carneiro às 10:01