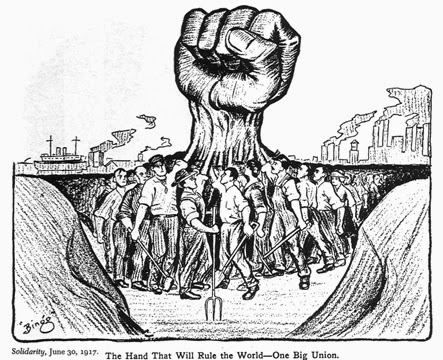 Perched in front of a computer in a one-room apartment in Gaobu, Ms Wang opens the government social security bureau website, enters her personal details, and calls up her pension payment record.
The screen says she has paid into the pension system for 85 months. She then points to a printed record from a recent visit to the bureau that says she has only contributed for 35 months, and laughs.
“If you ask 10 workers, nine don’t understand what is on the forms,” says Ms Wang, an alias for one of 40,000 workers who recently joined the biggest strike in China in decades.
Workers at Yue Yuen Industrial, which makes running shoes for Nike and Adidas at a big factory complex in Gaobu, said it underpaid their pensions for years.
After 11 days of protest, the Dongguan municipal government handed them a rare victory by saying the company should have based contributions on a higher pay level. Yue Yuen estimates that it will have to pay an additional $31m just this year after agreeing to base pension payments on workers’ total pay, including overtime.
The strike cast a harsh spotlight on Yue Yuen, the biggest employer in Gaobu, one of many towns that form the manufacturing metropolis of Dongguan. But workers, labour activists and factory managers say the practice is widespread in the Pearl River Delta – the manufacturing workshop of the world – in south China.
Local governments are allowing manufacturers to pay lower pension contributions than required as they worry about companies leaving, particularly as factories face double-digit wage rises each year.
“The government has been keeping one eye open, one eye closed all along,” said one Yue Yuen worker. “It did not want to put too big a burden on the factory since it wants foreign investment.”
In 1997, China introduced a national pension system that requires employers and employees to contribute. Companies should make payments as a percentage of total pay, but many use a lower figure that does not include overtime pay. Factory workers often earn several multiples of the minimum wage through extra hours.
Zhang Zhiru, a labour activist who was detained by police for helping Yue Yuen workers, says local governments allow companies to underpay pensions as long as their calculations are based on a higher figure than the minimum wage.
Several factory managers said the practice was common. One said Dongguan required his company to only make pension payments for 55 per cent of its workers, and that companies routinely used a low base to calculate payments.
“The base for calculating contributions should have been raised to Rmb2,138 ($342) from Rmb1,813 in 2012. But most factories still use the lower number and the Dongguan social security bureau has been acquiescing,” said the manager.
Adidas said Yue Yuen’s payments were “in accordance with an agreement which they had reached with the Dongguan authorities”. Yue Yuen has denied breaking any laws. Asked about local governments reaching deals with companies over payment levels, a Yue Yuen spokesman said it was a “prevalent practice”.
Local authorities are finding themselves increasingly in a bind. While they want to keep factories, they also want to avoid the kind of strikes that raise concerns in the eyes of potential investors. Some factory managers say multinationals will now pay closer attention to the pay practices of their suppliers in China.
“Yue Yuen has given local governments in the Pearl River Delta a real headache,” says Mr Zhang. “How do you solve the pension problem?”
The pension issue has not previously sparked as much worker unrest as that witnessed at Yue Yuen. One reason is that many workers are reluctant to contribute due to difficulties transferring their pension when they move cities – a big problem given the fluid nature of the huge migrant worker labour force in China.
The government has tried to make pensions more portable, but the system is imperfect. Zheng Bingwen, an adviser to the Chinese labour ministry, says in some cases when workers move, the government in their new district must fund the portion of the pension that could not be transferred, creating a reluctance to accept accounts.
Mu Guangzong, a professor at Peking University, says: “The social security system is fragmented. It’s like the Beijing metro system – lines are not well connected making transfers very difficult”
Sitting in a café near Yue Yuen, one furniture factory worker in his early twenties explains why many young workers have not worried about pensions in the past.
“I don’t really care about the pension issue as I’m really young. I won’t spend my whole life in a factory,” says the man.
A friend chimes in that “most young workers think the same way which is why nobody at Yue Yuen checked their pensions”, but that more are now paying attention. He says some of his co-workers have recently found similar problems, but are unwilling to start a strike out of fears that they would be fired.
“Since Yue Yuen, many people have gone to print their pension records,” says Ms Wang. “I waited for an hour to print mine. In normal times, nobody would be lining up.”