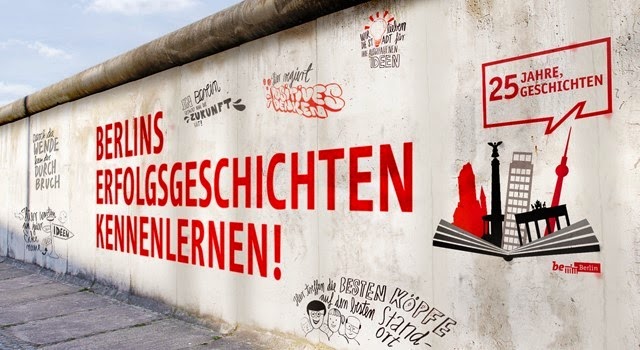 Sara Nachama first came to West Berlin in 1978 and worked as a freelance film editor for the radio and TV broadcasters known as SFB and ZDF. The daughter of a diplomat, Nachama had grown up in Israel and lived in many other far eastern countries before taking a degree in history at Hebrew University Jerusalem. In Berlin, she worked and cared for her own family and two sons. She was also involved in Berlin's Jewish community and worked as a volunteer for the Jüdische Kulturtage (Jewish Cultural Days).

On the evening of November 9, 1989, Nachama was attending a memorial event organized by the Jewish Community and was taken completely by surprise by the events in the eastern part of the city. In the years following the fall of the Wall, life in the Jewish community in Berlin changed dramatically. Many Jews, especially those from the former Soviet Union, came to Berlin and were integrated into the community.

In 2000, while on a vacation in the USA, Nachama met Dr. Bernhard Lander, the founder of Touro College New York, who asked her about Jewish life in Berlin. She invited him to the capital to get a look for himself. After his visit, Lander entrusted Nachama with the task of establishing a Berlin branch of the college. In the Winter Semester 2003, after much work, Touro College Berlin was opened as an American-Jewish private university in Charlottenburg – with Nachama as rector and vice president.

English is the language of instruction at the Touro campus "am Rupenhorn" in the western part of Berlin. The college focuses on business administration and is accredited in Germany and the USA, thus offering both German and American degrees. For Nachama, Berlin has long since become her new home and, in her opinion, is now entirely on par with New York and London: "Jewish life in Berlin has developed in a highly dynamic and diverse way. Many Jewish Americans and young Israelis come to Berlin to work and live." In other words, just like Nachama herself, Touro College – which has held its graduation ceremonies at Berlin's "Rotes Rathaus" City Hall in the former East many times – has long since arrived in Berlin.


Dissidence in a time capsule – that's one way to describe the focus of Gunar Barthel's work. His gallery, BARTHEL+TETZNER, which he operates together with Tobias Tetzner in the Berlin district of Charlottenburg, specializes in non-conformist art from the GDR. In Barthel's biography, East and West stand in an exciting relationship to one another: as an independent gallery operator in the city of Karl-Marx-Stadt (today's Chemnitz), he was expatriated from the GDR on October 3, 1987.

After that point, Barthel had two years to get to know the West German art world and devise a new gallery program before his old life caught up to him: three weeks before the Wall came down on November 9, 1989, Barthel had just opened the first exhibition in his new West-Berlin gallery. And it was in that space on Fasanenstraße that he first heard about the fall of the Wall. He made his way immediately to the border crossing at Friedrichstraße, where he followed the action in disbelief. He soon returned to his gallery and celebrated with a group of complete strangers until the early hours of the morning.

The fall of the Berlin Wall had far-reaching consequences for his gallery: Barthel was able to reconnect with his former East German artist friends and he now specializes in the work of GDR artists:

As a gallery owner, the tasks that Barthel faced after the Wall came down were enormous. He created catalogues and focused his work on editions, publications, national exhibitions and international art tradeshows. He also published articles on art in the GDR and advised museums and institutions in Germany and abroad. In this way, Barthel was able to establish a reputation as an internationally sought-after expert and gallery owner specializing in non-conformist GDR art. Berlin will always be the focus of his work: "For me, Berlin is the city of art and artists. You can still feel that unique friction energy between East and West."