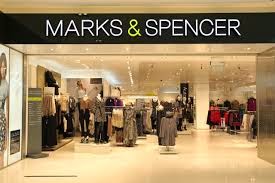 The words 'Christ' and 'Jesus Christ' have been placed on a list of banned words by Marks & Spencer and cannot be used in gift messages.

Customers buying a bunch of flowers who try to add a free message containing them are prevented from completing their order.

An on-screen notification, which pops up if any blocked words are entered, reads: 'Sorry, there's something in your message we can't write.'

'Christ' and 'Jesus Christ' join other banned words including 'f***' and 'gay' - but some terms including jihad, Buddha and Allah are accepted.

'Terrorist' and 'd**k' can also be included in messages.

The policy emerged earlier today after one customer was stopped from buying a £35 bouquet for a funeral because she said in the gift message that it was from a family in 'Christ Church Teddington'.

When Gerardine Stockford, 53, phoned customer services an employee told her that it must be a blocked word, according to The Sunday Times.

Lord Carey, a former Archbishop of Canterbury, was shocked.

He said: 'If Christ becomes an offensive word in a Christian land then all of us should be alarmed.'

Despite the supermarket giant being made aware of the issue yesterday, it still has not changed the facility.

A spokesman for Marks & Spencer said: 'An automatic phrase checker is in place to prevent the use and misuse of certain words and it includes hundreds of words of varying nature.
'The words Jesus and Christ are included to prevent their misuse.'