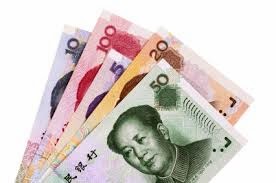 BRUSSELS — Ignoring direct pleas from the Obama administration, Europe’s biggest economies have declared their desire to become founding members of a new Chinese-led Asian investment bank that the United States views as a rival to the World Bank and other institutions set up at the height of American power after World War II.

The announcement on Tuesday by Germany, France and Italy that they would follow Britain and join the Chinese-led venture delivered a stinging rebuke to Washington from some of its closest allies. It also called into question whether the World Bank and the International Monetary Fund, which grew out of a multination conference in Bretton Woods, N.H., in 1944 and established an economic pecking order that lasted 70 years, will find their influence diminished.

The announcement by Germany, Europe’s largest economy, came only six days after Secretary of State John Kerry asked his German counterpart, Frank Walter-Steinmeier, to resist the Chinese overtures until the Chinese agreed to a number of conditions about transparency and governing of the new entity. But Germany came to the same conclusion that Britain did:China is such a large export and investment market for it that it cannot afford to stay on the sidelines.

American officials have fumed that China never approached the Group of 7 — the consortium of economic powers that the United States has led — but rather decided to pick off individual members, setting a deadline of the end of March for them to decide whether to join the new organization, the Asian Infrastructure Investment Bank, which many refer to by its initials, the A.I.I.B.

China, in turn, has long chafed at the idea that the World Bank’s president is traditionally an American, and that France appoints the head of the I.M.F.

“This has been a power struggle,” one senior European official said. “And we have moved from the world of 1945.”

In Washington, Jen Psaki, the State Department spokeswoman, declined to criticize the countries that announced they would seek to participate, but expressed reservations. “It will be important for prospective members of the A.I.I.B. to push for the adoption of those same high standards that other international institutions abide by, including strong board oversight and safeguards,” she said.

The European decision is bound to help efforts by Xi Jinping, China’s president and Communist Party chief, to reshape the global balance of power, starting with the institutions that underpin it.

Mr. Xi’s predecessors chose to join some of those institutions, including the World Trade Organization, and work from within to amend some of their rules more to China’s liking. But with the new bank, China appears to be stepping up previously halting efforts to also build new, Sino-centric institutions from scratch. China’s control of the bank, however, will face constraints. Britain has insisted on a senior post on its board, and Germany will do the same.

China has worked for years to break what it regards as an unfair grip by the United States on global political and financial institutions and to set up rival structures more responsive to Chinese demands for a voice in international affairs commensurate with its status as the world’s second-biggest economy.