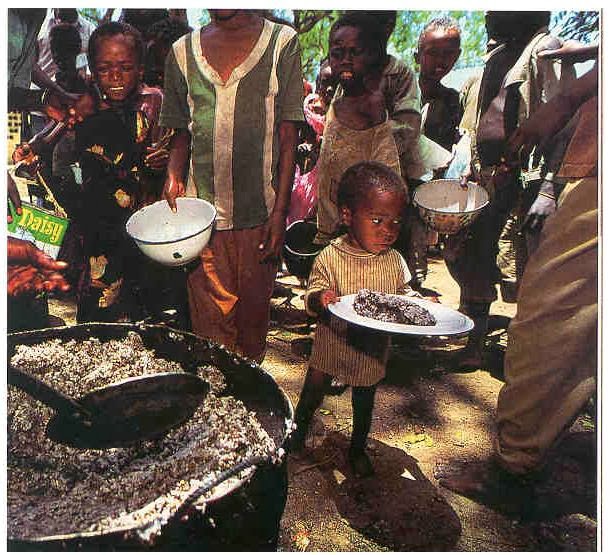 85 richest people own as much as bottom half of population, report says

The 85 richest people on Earth have the same amount of wealth as the bottom half of the population, according to a new report that highlights growing income inequality as political and business leaders gather for the annual World Economic Forum in Davos, Switzerland.
Those wealthy individuals are a small part of the richest 1% of the population, which combined owns about 46% of global wealth, according to the report from British humanitarian group Oxfam International.

The findings undermine democracy and make it more difficult to fight poverty, the report said.
“It is staggering that in the 21st century, half of the world’s population own no more than a tiny elite whose numbers could all sit comfortably in a single train carriage," said Winnie Byanyima, the group's executive director.
"Widening inequality is creating a vicious circle where wealth and power are increasingly concentrated in the hands of a few, leaving the rest of us to fight over crumbs from the top table," she said.

In a report last week, the World Economic Forum said widening income inequality was the risk most likely to cause serious damage in the next decade.
President Obama recently called the expanding gap between rich and poor a bigger threat to the U.S. economy than the budget deficit.
The United States has led a worldwide growth in wealth concentration, according to the Oxfam report, titled "Working for the Few."
The percentage of income held by the richest 1% in the U.S. has grown by nearly 150% since 1980. That small elite has received 95% of wealth created since 2009, after the financial crisis, while the bottom 90% of Americans have become poorer, Oxfam said.
The share of wealth owned by the richest 1% also expanded in all but two of the 26 nations tracked by researchers in the World Top Incomes Database.
That's caused a "massive concentration of economic resources in the hands of fewer people," Oxfam said.
Falling taxes for the rich and increased use of tax havens have helped widen income inequality, Oxfam said.

The group called on World Economic Forum participants, which include some of the wealthiest and most influential corporate executives, to take steps to reverse the trend.
Among other things, Oxfam wants them to support progressive taxation, pledge not to dodge taxes, pay a living wage to workers at their companies and push governments "to provide universal healthcare, education and social protection" for their citizens.