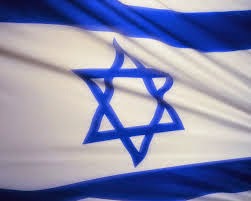 Israel is the only liberal democracy in the Middle East and North Africa. Eight million Israelis are surrounded by some 400 million Muslims in more than 20 states. Almost all of Israel’s neighbors are anti-Israeli dictatorships, monarchies, or theocracies — a number of them reduced to a state of terrorist chaos.
Given the rise of radical Islam, the huge petrodollar wealth of the Middle East, and lopsided demography, how has Israel so far survived?
The Jewish state has always depended on three unspoken assumptions for its tenuous existence.
First, a democratic, nuclear Israel can deter larger enemies. In the Cold War, Soviet-backed Arab enemies understood that Israel’s nuclear arsenal prevented them from destroying Tel Aviv.
Second, the Western traditions of Israel — free-market capitalism, democracy, human rights — ensured a dynamic economy, high-tech weapons, innovative industry, and stable government. In other words, 8 million Israelis could count on a greater gross domestic product, less internal violence, and more innovation than, say, nearby Egypt, a mess with ten times more people than Israel and nearly 50 times more land.
Third, Israel counted on Western moral support from America and Europe, as well as military support from the United States.
Israel’s stronger allies have often come to the defense of its democratic principles and pointed out that the world applies an unfair standard to Israel, largely out of envy of its success, anti-Semitism, fear of terrorism, and fondness of oil exporters.
Why, for example, does the United Nations focus so much attention on Palestinians who fled Israel nearly 70 years ago but ignore Muslims who were forced out of India, or Jews who were ethnically cleansed from the cities of the Middle East? Why doesn’t the world worry that Nicosia is a more divided city than Jerusalem, or that Turkey occupies northern Cyprus, or that China occupies Tibet?
Unfortunately, two of these three traditional pillars of Israeli security have eroded.
When the United States arbitrarily lifted tough sanctions against Iran and became a de facto partner with the Iranian theocracy in fighting the Islamic State, it almost ensured that Iran will get a nuclear bomb. Iran has claimed that it wishes to destroy Israel, as if its own apocalyptic sense of self makes it immune from classical nuclear deterrence.
Symbolism counts, too. President Obama was about the only major world leader to skip the recent march in Paris to commemorate the victims of attacks by radical Islamic terrorists — among them Jews singled out and murdered for their faith. Likewise, he was odd world leader out when he skipped this week’s 70-year commemoration of the liberation of the Auschwitz concentration camp.
Obama is not expected to meet with Israeli prime minister Benjamin Netanyahu, who will address Congress in March. An anonymous member of the Obama administration was quoted as calling Netanyahu, a combat veteran, a “coward” and describing him with a related expletive. Another nameless administration official recently said Netanyahu “spat in our face” by accepting the congressional invitation without Obama’s approval and so will pay “a price” — personal animus that the administration has not directed even against the leaders of a hostile Iran.
...
Jews have been attacked and bullied on the streets of some of the major cities of France and Sweden by radical Muslims whose anti-Semitism goes unchecked by their terrified hosts. Jewish leaders in France openly advise that Jews in that country immigrate to Israel.
A prosecutor in Argentina who had investigated the 1994 bombing of a Jewish community center in Buenos Aires that killed 85 — an attack widely believed to have been backed by Iran — was recently found dead under mysterious circumstances.
Turkey, a country whose prime minister, Recep Tayyip Erdogan, was praised by Obama as one of his closest friends among world leaders, has turned openly non-secular and is vehemently anti-Israel.
Until there is a change of popular attitudes in Europe or a different president in the United States, Israel is on its own to deal with an Iran that has already hinted it would use a nuclear weapon to eliminate the “Zionist entity,” with the radical Islamic madness raging on its borders, and with the global harassment of Jews.
A tiny democratic beacon in the Middle East should inspire and rally Westerners. Instead, too often, Western nations shrug and assume that Israel is a headache — given that there is more oil and more terrorism on the other side.
Postado por Pedro Erik Carneiro às 16:29