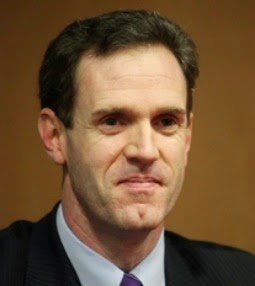 
May 20 is the feast of St. Bernardine of Siena, a 15th-century Franciscan priest. The fact that he cared for the sick, especially those suffering from the plague, doesn’t come as a surprising course of action from a Franciscan, nor does the fact that he preached against luxury and immodest clothing. However, many people are unaware that St. Bernardine endorsed free markets.

The humble Franciscan knew the importance of personal initiative, identifying four gifts that the successful entrepreneur would make use of: efficiency, responsibility, diligence and risk-taking.

Despite his rejection of excess, St. Bernardine supported the right to private property, one of the topics addressed in his book On Contracts and Usury.
None of this comes as a surprise to Samuel Gregg, director of research at the Acton Institute for the Study of Religion and Liberty. He has been teaching about the morality of free markets for years. Australian-born, Gregg earned a doctorate in moral philosophy and political economy from the University of Oxford in 1998. He has since spoken around the world and has written numerous books, the most recent being Tea Party Catholic: The Catholic Case for Limited Government, a Free Economy, and Human Flourishing.

How did you first become interested in economics?
I become interested in economics in an indirect manner. My initial entryway into the topic was natural-law theory. Through reading St. Thomas Aquinas and some of the later scholastic thinkers, it became very clear that, for hundreds of years, much natural-law thinking concerned matters that we would regard as “economic” today: questions such as the nature and ends of money, the justice of economic exchange, how prices are determined, the role of the state in the economy, etc.
One reason for this is that capitalism first developed in the medieval world — which was, after all, a Catholic world. The other reason is that, in thinking through such questions, scholastic writers had to get to know the world of commerce, money, business and trade in ways that few Christian thinkers had previously done. And what you find in these thinkers are very clear anticipations of many, if not most, of the key insights that were contained in Adam Smith’s The Wealth of Nations.
This in turn made me wonder if it would be possible to re-integrate the discipline of economics into Catholic thought — not to produce a “Catholic economics,” since there is no such thing, just as there is no “Catholic physics” — but, rather, so that the insights of economics could inform Catholic moral and social reflection, while economics could become reacquainted with the full truth about man that we find in natural law and Divine Revelation.

How did you get started with the Acton Institute?
It became obvious to me in the mid-1990s that Acton was truly unique, inasmuch as it was trying to re-create that conversation between economics and the Christian faith, and that one of the mediums through which it was doing so was natural-law thinking.
That is extremely difficult work, because many Catholics and other Christians are intensely suspicious of economics, seeing it as simply applied utilitarianism, while many economists operate upon highly secular assumptions about the world — assumptions that run quite counter to the Christian vision of the person — and which aren’t always that friendly to convinced religious believers.
Yet both the Church and the world of economics certainly need each other. The Church needs to take seriously the insights of economics, especially when it comes to addressing poverty, while economics as a discipline needs people to remind it of all the moral and spiritual realities that don’t fit well into the models employed by most mainstream economists. So when I was offered a chance to work at Acton, I was very happy to accept it.

St. Bernardine of Siena was a Franciscan priest who extensively defended the business entrepreneur. Do you find that most Catholics are unaware of his teachings on the free market?
Most Catholics are unaware of the broad Catholic intellectual and institutional contributions to the development of market economies in general, especially during their early phases in the Middle Ages. Too often, we buy into the “Dark Ages” mythology about this period. So the fact that St. Bernardine of Siena — and many other Franciscans — were among the first to grasp the importance of the entrepreneur as a key catalyst for economic growth, or that they made clear and important distinctions between money-as-sterile and money-as-capital, get missed alongside all the other things that happened in the so-called “Dark Ages.”
I also think that many people have an imaginary understanding of St. Francis and the Franciscan orders that followed in his wake. They weren’t all poor mendicants. Lots of them were very intellectually serious men who lived, worked and often taught in urban centers, and thus experienced what some scholars have called the Commercial Revolution of the Middle Ages. They didn’t try to resist it. Rather, they sought to understand it so that they could guide the faithful in the “how” of living a Christian life in the midst of this new world.

Who are some of the other saints who have explained how free markets are conducive to virtue?
There is an excellent book by the Australian priest and theologian Father Anthony G. Percy called Entrepreneurship in the Catholic Tradition. He details the fact that many of the Church Fathers had high praise for merchants and underscored the importance of commerce, both in terms of the material wealth it produced and also the opportunities for all-round human flourishing that become available through business activity.
Those Church Fathers include St. Augustine, St. John Cassian, St. Leo the Great and St. John of Damascus. Aquinas also had good things to say about merchants and the potential to cultivate particular virtues in business. Now, keep in mind, they also warned of the very real temptations that exist in a market place and commerce more generally. But to say they were somehow “anti-commerce” is simply untrue.