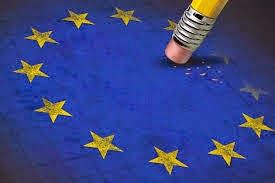 As I see it: Europe’s more complicated problem

The Jewish world has reacted with horror to the results of the European elections as displaying an upsurge of parties promoting Jew-hatred. Certainly, the results give plenty of cause for such concern. But in significant respects, such a response is wildly off-beam.
Some parties which surged, such as Greece’s Golden Dawn, Hungary’s Jobbik and Germany’s National Democratic Party (NPD), are undoubtedly fascist or bigoted. And France’s National Front, which avoids the open Jew-hatred of its founder, Jean-Marie Le Pen, nevertheless retains troubling undertones.
But others lumped in with these truly noxious parties by anti-Semitism-watchers are not racist or fascist at all. Britain’s UKIP wants Britain to leave the EU, restore its democratic self-government and preserve its national identity. In Italy, the former comedian Beppe Grillo’s Five Stars movement campaigns against political corruption.
In Denmark, the Danish People’s Party is against Islamization and non-Western immigration and wants to maintain the Danish monarchy and uphold the Danish constitution. In Finland, the Finns Party welcomes work-based immigration and requires immigrants to accept Finnish cultural norms.
All these parties are being smeared by association with truly racist and fascist groups as giving cause for concern. Two important errors are being made here. The first is to confuse the populist defense of national identity with fascism and bigotry. The second is to assume that only the EU stands between us and the fascist hordes.
In fact, it’s the EU that has created all these groups, both populist democrats and anti-democrats.
The EU was founded in the wake of World War II on the assumption that nationalism was the cause of fascism. Subsume national identity by pooling sovereignty among member states, went the thinking, and nationalism would be abolished and with it prejudice and war.
The EU’s supra-identity necessarily entailed the free movement of populations between those member states. That in turn reinforced the idea of multiculturalism, which meant that no culture could assert its values over any other.
This was supposed to outlaw bigotry. Instead, it outlawed all those who wanted to uphold their national identity and culture and give it political expression through democratic self-government.
There is nothing inherently racist to want to preserve your country’s cultural identity rather than see it transformed into a kind of international transit lounge by unlimited migration – or worse, steadily Islamized by radical Muslims who aim to colonize the West for Islam.
...
The way to nip the European neo-fascist movement in the bud is for Europe to become once again an alliance of self-governing nation-states.
Jews, meanwhile, should stop those knees from jerking and start to realize that Jew-hatred is not just a right-wing phenomenon.
Postado por Pedro Erik Carneiro às 12:47