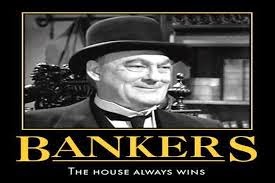 Keynote speech by Yves Mersch, Member of the Executive Board of the ECB,


The rise of inequality

Let me begin with inequality, which has recently re-emerged as a topic of wide public debate. [1] From a central banker’s perspective, the most relevant aspects of recent works concern the assessment that monetary policy can have sizeable distributional effects. Indeed, inequality has been largely ignored in discussions of monetary policy. But this might be changing.
In part, this is because of the potentially negative impact of rising inequality on financial stability. For example, some – not least the current governor of the Reserve Bank of India – have argued that US policies to circumvent the consequences of inequality fuelled financial instability ahead of the crisis. [2] But while income inequality may have driven the credit boom that preceded the US subprime crisis, comparative and historical evidence suggests that there is little relationship between rising inequality and financial crises. [3]
More generally, inequality is of interest to central banking discussions because monetary policy itself has distributional consequences which in turn influence the monetary transmission mechanism. For example, the impact of changes in interest rates on the consumer spending of an individual household depend crucially on that household’s overall financial position – whether it is a net debtor or a net creditor; and whether the interest rates on its assets and liabilities are fixed or variable.
Such differences have macroeconomic implications, as the economy’s overall response to policy changes will depend on the distribution of assets, debt and income across households – especially in times of crisis, when economic shocks are large and unevenly distributed. For example, by boosting – first – aggregate demand and – second – employment, monetary easing could reduce economic disparities; at the same time, if low interest rates boost the prices of financial assets while punishing savings deposits, they could lead to widening inequality.
Insofar, central bankers have a technical, non-judgemental interest in the distribution of income and wealth in a society.

The distributional effects of monetary policy: theory and evidence