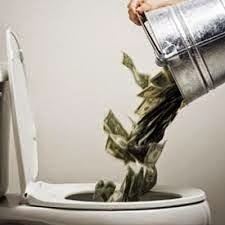 Vejam texto do The Telegraph.


More monetary stimulus will not help the world economy return to strong growth, former Bank of England governor Mervyn King said, days before the European Central Bank is expected to decide whether to embark on a massive bond-buying programme.
In his first public speech in England since his term at the BoE ended in June 2013, Mr King said he was concerned about a persistent weakness in global economic demand, six years on from the depths of the financial crisis.
"We should worry about that," Mr King told an audience at the London School of Economics, where he was once a professor.
"We have had the biggest monetary stimulus that the world must have ever seen, and we still have not solved the problem of weak demand. The idea that monetary stimulus after six years ... is the answer doesn't seem (right) to me," he added.
Unlike the US Federal Reserve and the Bank of England, the European Central Bank has until now resisted trying to boost the economy by buying government bonds with newly created money, known as quantitative easing (QE).
But months of sub-zero inflation in the eurozone mean that many economists now expect the ECB to announce this step after its first policy meeting of 2015 ends on Thursday.
Chancellor George Osborne and Mr King's successor at the BoE, Mark Carney, have both said they would support such a move.
But Mr King doubted more stimulus would work, noting imbalances such as China's and Germany's large trade surpluses and Britain's low rate of savings.
"There are quite serious disequilibria both between and within economies that, for good economic reasons, are depressing demand. Simply lowering rates even further or adding more monetary stimulus is unlikely to solve that problem," he said.
Under Mr King, the BoE bought £375bn of government bonds between 2009 and 2011. Mr King said this was right just after the crisis, but that using loose monetary policy to bring forward spending was not a long-term strategy.
Mr King also said central bank policy needed to be robust to cope with forecasting errors, and that financial regulation aimed at stopping future crises, such as the US Dodd-Frank Act, should be kept simple to prevent bank lobbyists from secretly weakening it.