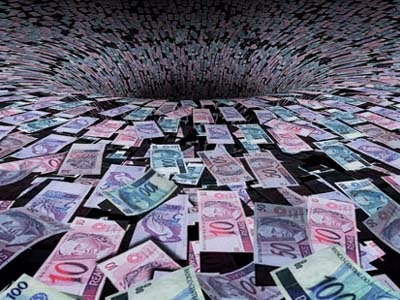 Probe uncovers that Australians were unknowingly aiding laundering of hundreds of millions of dollars abroad.

Sydney, Australia. Photo: REUTERS
Australia’s largest money-laundering investigation reveals that Hezbollah and other terrorist groups are gaining some of the profits from illegal drug sales.

The investigation, called Project Eligo, uncovered that Australians were unknowingly aiding the laundering of hundreds of millions of dollars, according to a report on Thursday in the Sydney Morning Herald.

Jonathan Schanzer, vice president for research at the Foundation for Defense of Democracies and former terrorism finance analyst at the US Department of the Treasury, told The Jerusalem Post that “there are many other operations like this around the world. Some have been discovered – including a handful two years ago in Latin America and West Africa that even had a link to businesses in the United States – but many have not.”

“These schemes have been of increased importance to the group in recent years as Iran’s disposable income has dried up, due to financial sanctions imposed in response to the Iranian nuclear program,” Schanzer said.

He went on to add that “the nexus between organized crime and drugs represents a real liability,” as it is “difficult to claim one is fighting in the name of God while simultaneously engaging in mafia activity.”

This could become a public relations liability, Schanzer said.

The overlap between organized crime and terror financing of radical Islamic groups has long been a known fundraising method.

Matthew Levitt, author of Hezbollah: The Global Footprint of Lebanon’s Party of God and a senior fellow and director of the Washington Institute for Near East Policy’s Stein Program on Counter- terrorism and Intelligence, writes that the Shi’ite group is able to tap into the Lebanese diaspora for financial and logistical support.

For example, its operations in Africa “operate with near impunity because crime and corruption are endemic to Africa,” he says.

“In several African countries, a 2010 US Federal Research Division survey found, Lebanese with suspected or known ties to Hezbollah were associating themselves with key military and government officials and even heads of state, to become financial advisers and confidants,” said Levitt.
Postado por Pedro Erik Carneiro às 11:44