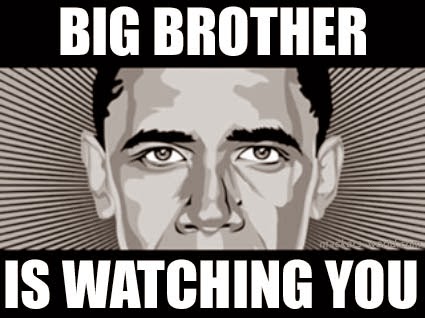 By Kimberley A. Strassel

President Obama and Democrats have been at great pains to insist they knew nothing about IRS targeting of conservative 501(c)(4) nonprofits before the 2012 election. They've been at even greater pains this week to ensure that the same conservative groups are silenced in the 2014 midterms.

That's the big, dirty secret of the omnibus negotiations. As one of the only bills destined to pass this year, the omnibus was—behind the scenes—a flurry of horse trading. One of the biggest fights was over GOP efforts to include language to stop the IRS from instituting a new round of 501(c)(4) targeting. The White House is so counting on the tax agency to muzzle its political opponents that it willingly sacrificed any manner of its own priorities to keep the muzzle in place.

And now back to our previously scheduled outrage over the Chris Christie administration's abuse of traffic cones on the George Washington Bridge.

The fight was sparked by a new rule that the Treasury Department and the IRS introduced during the hush of Thanksgiving recess, ostensibly to "improve" the law governing nonprofits. What the rule in fact does is recategorize as "political" all manner of educational activities that 501(c)(4) social-welfare organizations currently engage in.

It's IRS targeting all over again, only this time by administration design and with the raw political goal—as House Ways and Means Chairman Dave Camp (R., Mich.) notes—of putting "tea party groups out of business."

Congressional sources tell me that House Appropriations Chairman Hal Rogers (R., Ky.) had two priorities in the omnibus negotiations. One was getting in protection for groups that morally oppose ObamaCare's contraception-coverage requirement. The other was language that would put a hold on the IRS rule.

The White House and Senate Democrats had their own wish list, including an increase in funding for the International Monetary Fund, the president's prekindergarten program and more ObamaCare dollars.

Yet my sources say that throughout the negotiations Democrats went all in on keeping the IRS rule, even though it meant losing their own priorities. In the final hours before the omnibus was introduced Monday night, the administration made a last push for IMF money. Asked to negotiate that demand in the context of new IRS language, it refused.

That's a lot to sacrifice for a rule that the administration has barely noted in public, and that then-acting IRS Commissioner Danny Werfel claimed last fall when it was introduced is simply about providing "clarity" to nonprofits. It only makes sense in a purely political context. The president's approval ratings are in the toilet, the economy is in idle, the ObamaCare debate rages on, and the White House has a Senate majority to preserve.

With one little IRS rule it can shut up hundreds of groups that pose a direct threat by restricting their ability to speak freely in an election season about spending or ObamaCare or jobs. And it gets away with it by positioning this new targeting as a fix for the first round.

This week's Democratic rally-round further highlights the intensely political nature of their IRS rule. It was quietly dropped in the runup to the holiday season, to minimize the likelihood of an organized protest during its comment period. That 90-day comment period meantime ends on Feb. 27, positioning the administration to shut down conservative groups early in this election cycle.

Mr. Camp's committee has meanwhile noted that Treasury appears to have reverse-engineered the carefully tailored rule—combing through the list of previously targeted tea party groups, compiling a list of their main activities and then restricting those functions.

And an IRS rule that purports to—as Mr. Werfel explained—"improve our work in the tax-exempt area" completely ignores the biggest of political players in the tax-exempt area: unions. The guidance is directed only at 501(c)(4) social-welfare groups—the tax category that has of late been flooded by conservative groups. Mr. Obama's union foot soldiers—which file under 501(c)(5)—can continue playing in politics.

Treasury is also going to great lengths to keep secret the process behind its rule. Cleta Mitchell, an attorney who represents targeted tea party groups, in early December filed a Freedom of Information Act request with Treasury and the IRS, demanding documents or correspondence with the White House or outside groups in the formulation of this rule. By law, the government has 30 days to respond. Treasury sent a letter to Ms. Mitchell this week saying it wouldn't have her documents until April—after the rule's comment period closes. It added that if she didn't like it, she can "file suit." The IRS has yet to respond.

Mr. Camp has now authored stand-alone legislation to rein in the IRS, though the chance of Majority Leader Harry Reid (D., Nev.) allowing a Senate vote is approximately equal to that of the press corps paying attention to this IRS rule.

So that puts a spotlight on newly sworn-in IRS Commissioner John Koskinen, who vowed during his confirmation hearing to restore public trust in the agency, and now must decide whether to aid in a new and blatantly political abuse of IRS powers. The White House is using the agency to win an election this fall. They gave the proof this week.