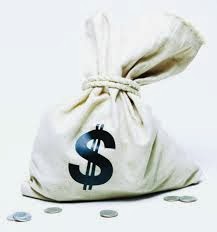 Long about 1964, a Republican governor of Ohio came out with the slogan, “Profit is not a dirty word in Ohio.” And many supporters of free-market economics would no doubt like to shout out, “Profit is not a dirty word, period.” But dirty or not, I suggest that profit is not a well-understood word or idea, and moreover that the distributist notion of profit necessarily differs from the capitalist. Before discussing that point, let us examine how profit may be understood and then see what the implications of that are for both capitalism and distributism.

First what do we mean by the term? This is how Msgr. John A. Ryan describes profit:


[An entrepreneur] realizes that, after paying for labor of all sorts, returning interest to the capitalist and rent to the landowner, defraying the cost of repairs, and setting aside a fund to cover depreciation, [what] he has left for himself …constitutes the share called profits….[i]

Or in Paul Samuelson’s definition, profit is “net revenues, or the difference between total sales and total costs.”[ii] This would seem a straightforward notion, and in a sense it is. But what exactly does this sum mean? Why is, or why should there be, something left over for the businessman after all the expenses noted have been paid? What elements enter into or justify this? Msgr. Ryan, in the same paragraph of his that I just quoted, gives a clear answer to our questions. Profit, as he means it, is “the return for his [the entrepreneur's] labor of organization and direction, and for the risk that he underwent.”

With this Msgr. Ryan gives an explicit reason and an implicit justification for profit. Profit comes from a twofold source. On the one hand, the business owner’s “labor of organization and direction,” on the other hand “the risk that he underwent.” Now the first of these is actually a wage or salary for the owner, something to which he is surely entitled. Whether he has others working for him or not, the entrepreneur is almost always performing some sort of work of management, and possibly much more, for which he, like all other workers, deserves remuneration. The second title to profits, the risk that the businessman undergoes, is more complicated, and is peculiarly associated with a capitalist economy.

Risk can be for two reasons. One is the ordinary risk that any businessman undergoes. The second is the special type or degree of risk associated with a new or better product or service. In a capitalist economy there is always considerable risk, since the failure rate among businesses is high.[iii] But in the case of a new product, there are extra expenses for making the public aware of it and its advantages, for example. It seems fitting that someone who does take a risk to provide something new—provided of course that we are talking about a truly useful product—is entitled to some reward for that. In the case of ordinary risk involved in the operation of a business under capitalist conditions, it seems less clear that a special reward is due simply for that, for this is common to all or most business owners. As we will see below, distributism eliminates the kind of risk caused simply by market competition.

When profit, however, instead of being understood as recompense for labor and (possibly) reward for risk, is understood merely as “the difference between total sales and total costs,” there is no suggestion as to why such a sum should exist. It simply happens, and, naturally, those who enjoy the use of such profits would like them to be as large as possible. In this view there is no moral linkage between profits and the work or the risk of the owner – no moral linkage to anything.  Thus if owners can manage to obtain huge profits, that creates no moral problem, for profit (in this understanding) has and needs no moral justification. But when profit is specified in the manner that Msgr. Ryan does, as compensation for labor and risk, then we do have the suggestion that such profits must bear some reasonable relation to that labor and risk. For example, if someone taking a risk to provide a needed good or service is entitled to a reward, then presumably the greater the risk, the greater ought to be the reward. And if part of the profits received is compensation for the labor of the proprietor, similarly this should be in proportion to the amount and type of labor. If we accept Msgr. Ryan’s understanding of what profits are, then the entrepreneur is not entitled to open-ended compensation, to whatever might happen to be “the difference between total sales and total costs,” but his profits must bear some sort of reasonable relation to his work and risk. If a businessman is becoming immensely rich, especially in a short period of time, then there is reason to suspect that something is amiss: either his customers are being charged too much or he is not paying just wages to his workers.[iv]

In a capitalist economy profit is rightly understood as comprising both wages for the entrepreneur or owner and some reasonable reward for risk. But most of the time the latter would not be a factor in a distributist economy. Why is this? It is because distributism is not merely a different way of organizing an economy, but necessarily embodies a different approach to economic activity and wealth seeking, an attitude in fact that was created and fostered in the Christian culture of medieval Europe. This attitude was well described by the historian, Fr. Bede Jarrett:


We can, therefore, lay down as the first principle of mediaeval economics that there was a limit to money-making imposed by the purpose for which the money was made.  Each worker had to keep in front of himself the aim of his life and consider the acquiring of money as a means only to an end, which at one and the same time justified and limited him.  When, therefore, sufficiency had been obtained there could be no reason for continuing further efforts at getting rich,…except in order to help others….[v]

Although certainly personal greed would exist in a distributist economy, the institutions of the economy, and indeed of society as a whole, would, as much as feasible, discourage such greed and especially seek to inhibit the social effects of greed. Thus in such a society reward for innovation or invention could well be handed in a formalized way by one’s guild. That is, any discovery, say of a new method of production or an improved product, would automatically become the property of the guild as a whole, and its discoverer or inventor would receive a reward from the guild. Moreover, we must remember that a guild economy tries to keep a rough balance between the public’s need for a certain good or service and the provision of that service, so as to eliminate competition between producers, which competition leads to all the problems typical of a capitalist system. Therefore business failures would be much rarer and not simply a by-product of competitive conditions.

Capitalism encourages the idea that economic activity exists for personal enrichment, and the more enrichment, the better. Distributism encourages the Christian idea that economic activity exists to provide for mankind’s needs, including of course the producer’s need for a decent and reasonable living for himself and his family. The remuneration of the producer or merchant would be, as St. Thomas Aquinas put it, simply a payment for his labor (stipendium laboris), and such gain could licitly be sought for the support of his family or to give alms or to provide for the common welfare.[vi] This approach to wealth getting is deeply rooted in the teachings of the Church, both in Holy Scripture and the papal magisterium. In his first epistle to Timothy, St. Paul wrote:


If we have food and clothing, with these we shall be content.
But those who desire to be rich fall in temptation, into a snare, into many senseless and hurtful desires that plunge men into ruin and destruction. For the love of money is the root of all evils; it is through this craving that some have wandered away from the faith and pierced their hearts with many pangs. (I Tim. 6:8-10)

And as John Paul II wrote in Centesimus Annus, no. 36:


It is not wrong to want to live better; what is wrong is a style of life which is presumed to be better when it is directed toward “having” rather than “being,” which wants to have more, not in order to be more but in order to spend life in enjoyment as an end in itself.

One of the most essential, yet apparently most difficult of economic lessons for modern man to learn, or rather relearn, is that economic goods, including money, the universal surrogate for real goods, exist to serve and support human life in its fullness. Although they are necessary, they are not ends in themselves. There can come a time when a person has enough of such goods, and if he continues to seek more for no sufficient reason, he is in fact hurting his own spiritual life and compromising his soul. Our society looks with favor on great riches, and CEOs who earn in one year more than they could reasonably spend in a lifetime, instead of being ostracized as anti-social criminals or pitied as contemptible fools, are envied and looked upon as successful winners in the capitalist game.

The fact that this is so, the fact that the seeking and gaining of immense wealth is a socially acceptable pursuit, points to the fact that the moral standards of our society are not based on those of Jesus Christ. Capitalism, rather, has poisoned that moral sense. This is one way that a distributist economy, and in a broader sense, a distributist society, can help to reorient our desires away from mere gain to the things that are more important. It is these latter that are the real business of human life, whatever anyone might think. Riches corrupt, and immense riches corrupt absolutely. With this we may paraphrase Lord Acton, and express a truth as important as his original utterance.

End Notes
[i]. John A. Ryan, Distributive Justice (New York : Macmillan, 3rd ed., 1942), p. 176. [ii]. Microeconomics, p. 27. Samuelson later (p. 274) distinguishes business from economic profits. From the latter must be subtracted “implicit or opportunity costs,” including the unpaid labor of a sole proprietor or “unpaid management time” which must be compared against what these persons could have earned elsewhere, i.e., against their opportunity cost of working where they did.
[iii]. According to Bureau of Labor Statistics data (“Entrepreneurship and the U.S. Economy” http://www.bls.gov/bdm/entrepreneurship/bdm_chart3.htm) tracking new business establishments beginning in 1994, after five years nearly half had gone out of business and after ten years, about 65%. Of course, some of these closures are mergers, purchases by other firms, etc. They are not all instances of bankruptcy.
[iv]. On this latter point, Pius XI clearly taught in Quadragesimo Anno that capitalists often claimed a larger share of the total economic product than they had a right to. “Capital…claimed all the…profits and left to the laborer the barest minimum…” (no. 54). ”Every effort, therefore, must be made that at least in future only a fair share of the fruits of production be permitted to accumulate in the hands of the wealthy, and that an ample sufficiency be supplied to the workingmen” (no. 61).
[v]. Social Theories of the Middle Ages (Westminster, Md. : Newman, 1942) pp. 157-158. The entire chapter on Money-Making runs from pages 150 to 180.
[vi]. Summa Theologiae II-II q. 77, a. 4.
Postado por Pedro Erik Carneiro às 03:26