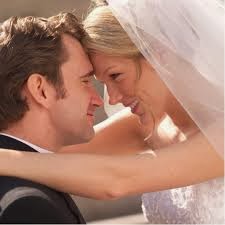 
How to Fight Income Inequality: Get Married


If President Obama wants to reduce income inequality, he should focus less on redistributing income and more on fighting a major cause of modern poverty: the breakdown of the family. A man mostly raised by a single mother and his grandparents who defied the odds to become president of the United States is just the person to take up the cause.

"Marriage inequality" should be at the center of any discussion of why some Americans prosper and others don't. According to Census Bureau information analyzed by the Beverly LaHaye Institute, among families headed by two married parents in 2012, just 7.5% lived in poverty. By contrast, when families are headed by a single mother the poverty level jumps to 33.9%.

And the number of children raised in female-headed families is growing throughout America. A 2012 study by the Heritage Foundation found that 28.6% of children born to a white mother were out of wedlock. For Hispanics, the figure was 52.5% and for African-Americans 72.3%. In 1964, when the war on poverty began, almost everyone was born in a family with two married parents: only 7% were not.

Attitudes toward marriage and having children have changed in America over the past 50 years, and low-income children and their mothers are the ones who are paying the price. The statistics make clear what common sense tells us: Children who grow up in a home with married parents have an easier time becoming educated, wealthy and successful than children reared by one parent. As the Heritage study states: "The U.S. is steadily separating into a two-caste system with marriage and education as the dividing line. In the high-income third of the population, children are raised by married parents with a college education; in the bottom-income third, children are raised by single parents with a high-school diploma or less."

One of the differences between the haves and the have-nots is that the haves tend to marry and give birth, in that order. The have-nots tend to have babies and remain unmarried. Marriage makes a difference. Heritage reports that among white married couples, the poverty rate in 2009 was just 3.2%; for white nonmarried families, the rate was 22%. Among black married couples, the poverty rate was only 7%, but the rate for non-married black families was 35.6%.

Marriage inequality is a substantial reason why income inequality exists. For children, the problem begins the day they are born, and no government can redistribute enough money to fix it. If redistributing money could solve the problem, the $20.7 trillion in 2011 dollars the government has spent on welfare programs since 1964—when President Johnson declared the "war on poverty"—would have eliminated income inequality a long time ago.

The matter is influenced strongly by decisions and values. The majority of women who have children outside of marriage today are adult women in their 20s. (Teenagers under 18 represent less than 8% of out-of-wedlock births.)

Rather than focusing on initiatives that might address this issue, President Obama, as well as Massachusetts Sen. Elizabeth Warren and New York City's new mayor, Bill de Blasio, believe that the income gap can be closed by increasing taxes on the better-off and transferring the money to the poor.

Good luck with that. The tax code is already extremely progressive, as a December study by the Congressional Budget Office makes clear, yet poverty remains a significant problem. According to CBO, the top 40% of wage earners, those who make more than $51,100 a year, paid 86.4% of all federal taxes in 2010, the most recent data available. The bottom 40% of earners paid just 4.2% of all taxes. The top 40% paid virtually all of the income tax collected, while the bottom 40% paid a negative 9.1% of all income taxes. Paying "negative" taxes is possible because of the earned-income tax credit and other public-assistance measures that give the bottom 40% refunds for taxes they didn't pay.

Given how deep the problem of poverty is, taking even more money from one citizen and handing it to another will only diminish one while doing very little to help the other. A better and more compassionate policy to fight income inequality would be helping the poor realize that the most important decision they can make is to stay in school, get married and have children—in that order.