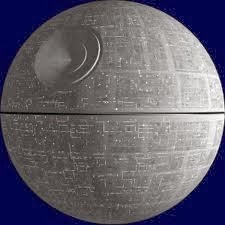 By William Pesek Feb 6, 2014 8:58 AM GMT-0200
Photographer: Tomohiro Ohsumi/Bloomberg
On any list of banking accidents waiting to happen, China is assured a place at the very top. But could a crash there take the entire global economy down with it?

Absolutely, says Charlene Chu, who until recently was Fitch's headline-generating analyst in Beijing. Chu has fearlessly trod into an area that China is trying desperately to keep off limits: its vast shadow-banking system. Now that she's working for a private firm that doesn't have to rely to governments for revenue, as do rating companies, Chu is free to speak completely openly. And is she ever.

"The banking sector has extended $14 trillion to $15 trillion in the span of five years," Chu, who is now with Autonomous Research, told the Telegraph. "There’s no way that we are not going to have massive problems in China." What's more, she added, China "could trigger global meltdown."

The travails of Greece continue to preoccupy the world, but its $249 billion economy is a rounding error compared to China's $8.2 trillion one. In December 2005, for example, China announced its output had unexpectedly grown by $285 billion. In other words, it had suddenly found an economy bigger than Singapore's that its statisticians hadn't known about.Today, simply put, a Chinese crash would make the 2008 collapse of Lehman Brothers seem like a mere market correction.

The kind of meltdown Chu suggests is possible would end Japan's revival, slam economies from South Korea to Vietnam, savage stock and commodity prices everywhere, force the Federal Reserve to end its tapering process and prompt emergency national-security briefings in Washington. So feel free to obsess over Turkey and Argentina, but the real "wild card" is the world's second-biggest economy.

That's how Bill Gross referred to China in the Bloomberg Television interview that produced his widely-quoted "mystery meat" analogy. "Nobody knows what’s there and there’s a little bit of bologna," Gross said of China's financial system on Feb. 4, "so we’re just going to have to wonder going forward through this year as to the potential problems in China and other emerging markets.”

Gross's comment was an instant classic, sure to stand alongside hedge fund-manager Jim Chanos characterizing China as "on a treadmill to hell” with growth driven by the “heroin of property development.” But there's a disturbing element of truth in what Gross and Chanos say, truth that even the smartest China watchers anywhere -- Chu included -- can't quite get to the bottom of. China is doing all it can to keep the prying eyes of the media -- both foreign and domestic -- away from the nexus of Communist Party power brokers, shadow-banking activity and state-run enterprises that feeds corruption and stymies reform.

Much is made of how Chinese growth may slow to 7.4 percent this year, a downshift seen as evidence that President Xi Jinping is restructuring the economy. Yet if Xi were really turning China's model of excessive investment and exports upside down, growth would be closer to 5 percent than 7 percent. Because such a slowdown might foment social instability, China keeps its foot on the gas. The faster China grows, the less it's remaking the economy. The more growth remains in the 7 percent range, the more over-borrowing and over-lending is taking place. In other words, the shadow-banking system is still growing.

The problem here, and the thing that connects Chu's worries with those of Gross and Chanos, is that the longer China delays its reckoning the bigger and more painful it will be. As an economy, China is obviously too big to fail. But the real question is whether its opaque banking system ultimately proves too big to save.

China didn't avoid the 2008 global crisis so much as delay the pain. It insulated itself by opening the credit floodgates and allowing banks to take on untold mountains of foreign borrowings, largely in U.S. dollars. To some, China's mystery-meat scenario resembles Japan's credit explosion in the 1980s; to others, it looks like the crash that undid Indonesia, Korea and Thailand in 1997. But what if it's none of the above? We could witness a crash of a magnitude never before seen. If that's not case for indigestion, what is?
(William Pesek is a Bloomberg View columnist. Follow him on Twitter at @williampesek.)