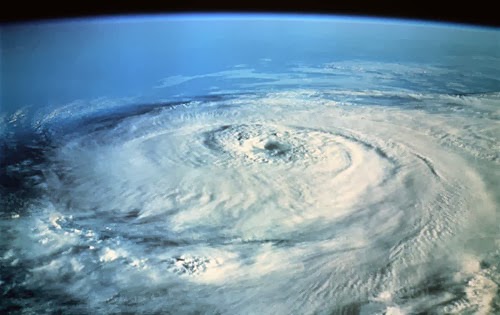 Li, speaking at a news conference on the final day of China's yearly parliament, hinted Beijing would tolerate slower economic expansion this year while it pushes through reforms aimed at providing longer-term and more sustainable growth.

Data released shortly after his comments suggested that tolerance may face an early test.
Growth in investment, retail sales and factory output all slumped to multi-year lows, suggesting a marked slowdown in the first two months of the year, according to data released by the National Bureau of Statistics.

"A storm is coming," said Gao Yuan, an analyst at Haitong Securities in Shanghai, while Hao Zhou, the China economist for ANZ said "policy easing should be imminent."

But Sheng Laiyun, a spokesman for the statistical bureau, said China's economic fundamentals remain sound despite experiencing some short-term pains from structural adjustments.

"The economy is likely to maintain steady and healthy growth in the future," he was quoted by state radio as saying.

At the carefully orchestrated briefing where questions had to be vetted in advance, Li spent most time discussing the economy. But he also touched upon other topics, including friction in relations with Washington, corruption, pollution, and the disappearance of a Malaysia Airlines aircraft.

While acknowledging the economy faced difficulties, Li suggested Beijing would not let growth slip too far. The government has targeted a rise of GDP in 2014 of 7.5 percent after actual growth last year of 7.7 percent.

"We believe we have the ability, and all the means, to ensure that economic growth will stay within a reasonable range this year," he said.

The first default on a domestic bond was hailed by experts as a landmark that will impose more market discipline, a break from the past when bonds enjoyed an implicit guarantee because the government would bail out troubled firms to ensure stability.

Growth in Chinese corporate debt has been unprecedented. A Thomson Reuters analysis of 945 listed medium and large non-financial firms showed total debt soared by more than 260 percent to 4.74 trillion yuan ($777.3 billion) between December 2008 and September 2013.

"We are reluctant to see defaults of financial products, but some cases are hard to avoid," Li said. "We must enhance oversight and solve problems in a timely way to ensure no systemic and regional risks."

Li said financial and fiscal reforms are among top priorities this year, reinforcing market expectations that long-awaited changes to liberalize bank deposit rates and efforts rein in local government debt could be in the pipeline.

Chinese leaders unveiled plans last year for sweeping reforms aimed at transforming the economy's reliance on investment and exports, which have fuelled double-digit growth for three decades, to one that leans more on services and consumption. It included allowing market forces to play a bigger part in the economy.

PRIORITY ON JOBS
The signs of a slowdown in the economy this year have raised worries among some investors that China will miss the 7.5 percent growth target.

"The momentum is really quite weak," Wei Yao, China economist for Societe Generale said after Thursday's data. "Q1 GDP growth is probably already below 7.5 percent. The government will probably do some easing."

Yao said she expected the central bank to reduce bank reserve requirements by 50 basis points. Major banks currently have to put aside a fifth of their cash as reserves and such a measure would represent the central bank's strongest policy easing since 2012.

Sources involved in internal policy discussions told Reuters earlier this week that the central bank was prepared to cut bank reserves if economic growth slowed further. But they said policy action may only happen in the second quarter.

Li skillfully dodged a question on how far Beijing would let economic growth slip before it steps in with policy measures to support activity. Still, he hinted at tolerance for below-target growth, as long as enough new jobs are created.

"The GDP growth target is around 7.5 percent. 'Around' means there is some flexibility and we have some tolerance," he said, adding that the lower limit on growth must ensure job creation.

However, Xu Shaoshi, the head of the pro-growth National Development and Reform Commission, said on Wednesday that the 7.5 percent target would be the lower limit for the government.

Beijing wants to create 10 million new jobs in 2014 and Li has said that the economy must grow 7.2 percent annually to do that. Some 13 million new jobs were created last year when the economy grew 7.7 percent.
Premier Li said the government will take a differentiated approach to cool the property market, rather than using one-size-fits-all policies used by his predecessors that have largely failed to calm real estate inflation.

"We need to apply differentiated property measures in different cities based on different types of demand and local conditions," Li said.

But on government corruption, Li had an unequivocal answer.
"We will show zero tolerance for corrupt behavior and corrupt officials. No matter who it is, or how senior their position, everyone is equal before the law," Li said, without mentioning any names.

Speculation has gathered around China's former domestic security chief Zhou Yongkang, who sources say is at the center of a corruption investigation reaching into the highest echelons of government, though Beijing has yet to formally confirm this.
Postado por Pedro Erik Carneiro às 06:54