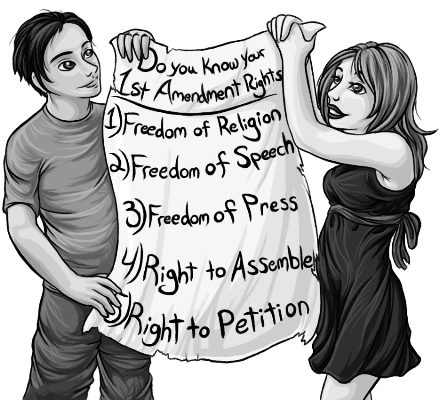 By
ROBERT P. GEORGE And
HAMZA YUSUF
The United States is one of the most religiously diverse nations on earth. People of a vast array of traditions of faith live here in a harmony that would have been unthinkable in most of the world for most of human history.
One of the ways America has fostered and protected this diversity is by nurturing a robust understanding of religious liberty that includes granting certain exemptions to people who need them in order to be true to their religious faith. Religious exemptions protect people in situations where legislative or executive acts might otherwise unnecessarily force them to violate their consciences.
Over the centuries, such exemptions have protected a wide variety of believers, including Quakers who cannot fight in wars, Muslims who cannot transport alcohol, and, during prohibition, Catholics and Jews who use wine in their religious rituals. More recently, the system of exemptions has been expanded to protect conscientiously objecting people—whether believers or unbelievers—from being forced to participate in wars, assisted suicide, abortion or prisoner executions.
The robust conception of religious freedom that has served our nation so well is now being challenged in the case of Sebelius v. Hobby Lobby Stores, Inc., which will be argued before the Supreme Court on March 25. Hobby Lobby (a chain of arts and crafts stores) and its owners, the Green family, are seeking a religious exemption from parts of ObamaCare's contraception and abortion-drug mandate. Their Christian faith forbids them from paying for insurance coverage for the provision of four drugs and devices that may act to terminate newly conceived human lives. Although the 10th Circuit Court of Appeals held that an exemption is required under federal civil-rights law, the government has asked the Supreme Court to compel the Greens to violate their consciences—which they will not do—or suffer crippling fines.
....
The Supreme Court has repeatedly—and unanimously—rejected the claim that policies enacted to vindicate free-exercise rights by accommodating religious beliefs and practices violate the Establishment Clause. For example, in Corporation of Presiding Bishop v. Amos (1987), opponents of a Title VII exemption allowing religious organizations to consider religions in hiring argued that the law violated the Establishment Clause. And in Cutter v. Wilkinson (2005), opponents of a federal law protecting religious exercise for prisoners also argued that the law violated the Establishment Clause.
These Supreme Court rejections make sense, because the same First Amendment that prohibits the establishment of religion also expressly protects the free exercise of religion. It would be illogical to treat protections for religious exercise as establishing someone's religion. This is presumably why the court has upheld religious exemptions many times—sometimes even holding that exemptions are required by the First Amendment or federal civil-rights law—and why thousands of state and federal statutes allow for religious exemptions.
The argument against exemptions would be plausible if such laws only protected religious believers of one faith, or if the laws stipulated that religious interests should prevail in every case in which they competed with other interests and values.
...
The Establishment Clause argument should also fail. That provision exists to prevent the establishment of a national religion or the granting of superior standing to a religion that happens to have the support of most citizens. It would be perverse for a court to use it to punish the laudable practice—dating all the way back to George Washington's decision to excuse Quakers from his army—of accommodating the free exercise of religion by protecting people whose religious beliefs or practices are not shared by the majority from being compelled even in the absence of a compelling reason to violate their consciences.
Mr. George is professor of jurisprudence at Princeton University and a board member of the Becket Fund for Religious Liberty, which is representing Hobby Lobby. Mr. Yusuf is co-founder and president of Zaytuna College in Berkeley, Calif., the first Muslim liberal arts college in the U.S.