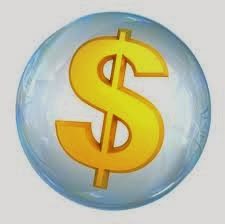 
(Reuters) - A U.S. Federal Reserve policymaker who has long criticized its bond-buying stimulus said on Wednesday the program has lasted too long, and there are signs it is now distorting financial markets and encouraging risk-taking.

In a speech in Mexico City, Dallas Fed President Richard Fisher amplified some lingering concerns that the central bank's policy stimulus is stoking asset-price bubbles that "may result in tears" for investors acting on bad incentives.

"There are increasing signs quantitative easing has overstayed its welcome: Market distortions and acting on bad incentives are becoming more pervasive," he said of the asset purchases, which are sometimes called QE.

"I fear that we are feeding imbalances similar to those that played a role in the run-up to the financial crisis," he said in prepared remarks to the Association of Mexican Banks.

Fisher, a voter on U.S. monetary policy this year, also praised Mexico's moves to stimulate growth in the wake of the global recession. As for the United States, he repeated criticisms that the government has failed to take advantage of the five years of easy Fed money, missing its opportunity to restructure debt and to reform entitlements and regulations.

The central bank has kept interest rates near zero since late 2008 and has bought more than $3 trillion in Treasury and mortgage-based bonds to lower longer-term borrowing costs, and stimulate hiring and growth.
The U.S. economy expanded at a decent 2.4 percent rate in the fourth quarter but has slowed this year thanks in part to severe winter weather.

"I do think we have had some short-term weather impact but that can turn around very quickly," Fisher said, adding that warmer temperatures would boost consumption and industry.
Though the Fed under new Chair Janet Yellen has taken the first few steps to trim its bond buying, which now runs at $65-billion per month, worries are growing that all the stimulus has driven investors to take risks that could destabilize financial markets.

Fisher, an outspoken policy hawk, pointed to soaring margin debt and the narrow spreads between corporate and Treasury debt as areas of concern.

In the stock markets, he said price-to-projected-earnings, price-to-sales ratios, and market capitalization relative to GDP are all at "eye-popping levels not seen since the dot-com boom" of the late 1990s.

"We must monitor these indicators very carefully so as to ensure that the ghost of 'irrational exuberance' does not haunt us again," he said, borrowing former Fed Chairman Alan Greenspan's line warning about the tech-asset bubble.

For now, the Fed is in no rush to raise rates and is only gradually trimming the bond purchases, which over the past few years have swelled its balance sheet to more than $4 trillion.

Fisher said that while the Fed has no "clear plan" for draining some of the $2.5 trillion in reserves that have built up at banks, he was confident the Fed would find a "practicable" way to normalize its balance sheet and avoid inflation.

"The real tools that we are focusing on are how we manage the exit from the current hyper-accommodative monetary policy and how do we make sure ... that we do it in a way that doesn't allow the current very large and presently non-inflationary monetary base ... from becoming inflationary," he said following his speech.