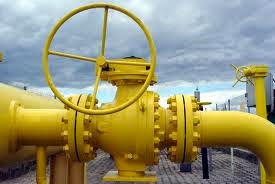 For those in Brussels who want the US to ride to Europe’s rescue and provide an alternative to Russian gas, Charif Souki’s words will have come as something of a disappointment.


Mr Souki, chief executive of Houston-based Cheniere Energy, which is due to become an exporter of natural gas next year, was asked if his company could reduce Europe’s dependence on Gazprom, the Russian gas group.
“It’s flattering to be talked about like this, but it’s nonsense,” he said. “It’s so much nonsense that I can’t believe anybody really believes it.”
His words came at a sensitive time. After Russia annexed Crimea in March and the west began imposing sanctions on Moscow, Europe was suddenly forced to face up to the extent of its dependence on Russian energy exports.
Concerns about its exposure increased in April, when Vladimir Putin, Russian president, warned that Russia might halt gas supplies to Ukraine unless action was taken over Kiev’s unpaid bills. The warning came after Gazprom almost doubled its price for gas to Ukraine.
Ukraine, the key transit route for Russian gas flowing into Europe, looms large in the continent’s energy equation. Russia sent some 155bn cubic metres (bcm) of gas into Europe last year, some 30 per cent of overall demand, and more than half of that – 82bcm – passed through Ukraine.
Brussels has made it a priority to diversify its gas supplies, but Europe’s options are limited. In the short term, it is prepared for a gas cut-off. As of mid-April, the 28 EU member states’ stores were 48 per cent full, with 38 bcm of gas – more than usual for the time of year following a mild winter.
---
Such ventures reflect the hope that Europe might be able to replace some Russian gas with liquefied natural gas (LNG) imports. But this would mean a big change in current trends. Europe was badly hurt by the 2011 Fukushima nuclear disaster, which led Japan to swap to gas-fired power generation and signalled a move of LNG cargoes from Europe to Asia. Last year, Europe’s net imports of LNG were about 48 bcm, the lowest since 2004, and well below the 90 bcm peak in 2011, according to BG Group.
If Europe wants more LNG, it will have to pay for it. The continent spends about $11 per million British thermal units for gas, while in Asia, LNG fetches about $15 per mBTU.
“LNG is not a particularly cheap insurance policy,” says Howard Rogers, director of gas research at the Oxford Institute for Energy Studies.
Upward pressure on price could be mitigated by an improving supply picture, however. Wood Mackenzie, the consultancy, says 150 bcm of LNG production capacity is being built globally, and not all will go to Asia.
In particular, substantial LNG exports from the US would make European consumers drool. Cheniere, which is building an LNG export terminal in Louisiana, has committed some cargoes to Asia but also struck deals with European companies such as BG and Centrica of the UK.
The US could emerge as a big exporter of LNG. About 28 export projects have been proposed there, with more than 350 bcm of capacity, but most estimates suggest a fraction of those will be built. BG says roughly 90 bcm of export capacity will be in place in the US by 2025. The expectation is most of that will go to Asia.
Europe could try to replicate the success of the US shale boom and develop its unconventional gas reserves. But progress has been slow: some countries, such as France and Bulgaria, have banned hydraulic fracturing processes, and while countries such as the UK are eager to exploit shale reserves, public opposition is strong. In Poland, thought to have enormous reserves, drilling results been discouraging, and some companies have given up.
---
For analysts at Bernstein Research, all this leads to one clear conclusion. ”We continue to believe Gazprom’s most profitable market is safe,” they wrote in a recent report. “Like it or not, Europe is stuck with Russian gas.”